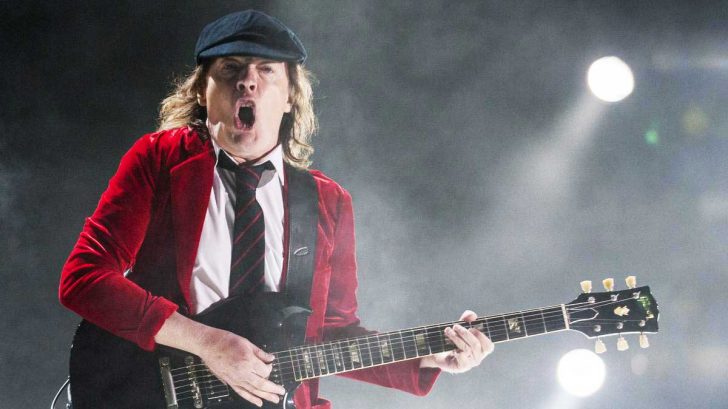 The best AC/DC songs include an overdose of raw, loud riffs and offensive puns, whether it’s when Scott brags about his “Big Balls” or when Young speeds down the “Highway to Hell” releasing high-voltage bluesy solos. As a group, they are as relentless as they are laid back; no one ever wondered if AC/DC was a group that had fun.

AC/DC style is instantly recognizable. Almost at first glance, the DNA of blues and rock ‘n’ roll can be appreciated in their music, passed through their contagious and unceremonious rhythm machine. In those wobbly riffs, in each burst of sharp notes, is the sense of entertainment and the desire to enjoy Chuck Berry, the forcefulness and poise of bluesmen like John Lee Hooker. Without purism, of course, because this is not about getting serious. AC/DC is nothing more—or nothing less—than a great rock ‘n’ roll band, a toast to simple but well-done things, which when added together result in something much bigger than its modest parts.

Although Malcolm took a backseat on stage before his death in 2017 compared to his brother Angus — usually the center of attention for his theatrics — all Rock lovers knew that he was much more than “the other” AC/DC guitarist. His work as a composer, performer, and key player in the band transcended in such a way that, after his loss, the world of music has exploded in words of recognition, admiration and vindication of his figure. He never tried to shine more than his brother, but it has been shown that his talent and merit are impossible to obscure.

In the video below, a guitarist reviews all of Malcolm’s best AC/DC rhythm sections and he even called him the best AC/DC guitarist, which, of course, is true. Rhythm guitar is the foundation of their music and Malcolm was an expert in laying down a rock-solid rhythm section for his brother’s lead guitar parts.