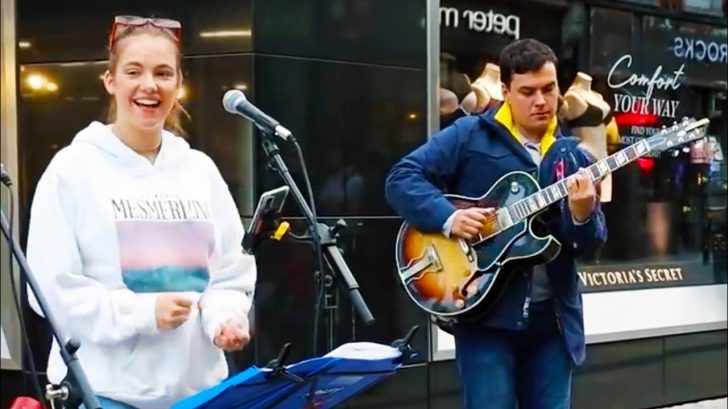 As the title indicates (‘Don’t Stop Believin”), this song is based on the concepts of positive thinking and staying optimistic in the face of uncertainty.

In the video, the guitarist surely was thinking positively as he stole the show from his fellow street performance during their performance of  Journey’s iconic song.

We recommend: first, listen to the song without looking at the guitarist, then listen to it while you look at him play, and finally try to understand how incredible he is with how he plays, then you just have to, well, be in awe.

“Don’t Stop Believin ‘” is undoubtedly one of Journey’s greatest hits, and he decided to release it as the second single from his seventh studio album,’ Escape ‘, which was released in 1981. Although not It reached the top of the charts and that at first, it was not the band’s greatest success, over time it has become their signature and part of the musical culture.