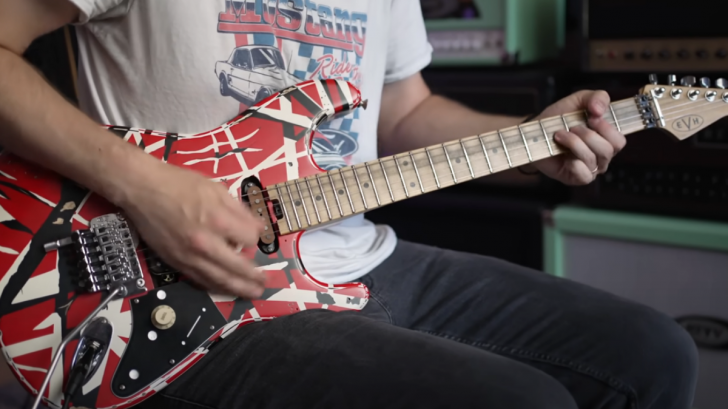 The year before Van Halen released their eponymous debut album, the biggest thing in rock was the long, heavy solos and staple riffs of the Sex Pistols and the Ramones. Until “Eruption” came along. In just 102 seconds, Eddie Van Halen redefined the vocabulary of rock guitar (as Jimi Hendrix and his personal idol Eric Clapton had done a decade earlier) with an array of pulsing melodies, laser-perfect arrangements, and blasts of dizzying sounds. More than 40 years later it is still exhilarating. Even if you didn’t play guitar, it was inevitable to ask yourself, “How the hell did he do that?”

That pioneering spirit guided Eddie his entire life, for four decades (until his tragic death from cancer on October 6) in which he made countless innovations in rock music. It not only radicalized the way the instrument was played, it redefined how it could be built and how it could sound. His famous “Frankenstein” guitar was exhibited in the Play It Loud exhibition at the Metropolitan Museum of Art in New York in 2019, and one of his guitars had previously been exhibited at the Smithsonian Institute, in just two examples of his influence on the art and culture.

In the video below, guitarist and YouTuber Robert Baker shows us every simple shred trick by Eddie Van Halen. This tutorial is both straightforward and insightful. For any improviser, reaching the point where you can use legato and staccato at whim and not regard them as parts is a significant accomplishment. This guy is definitely the man.