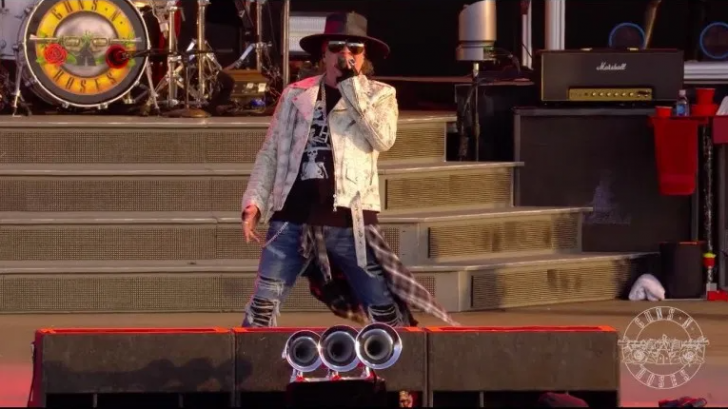 Guns N’ Roses streamed a footage of their 2018 headline appearance at the UK’s Download Festival as the latest installment for their new streaming concert series “Not In This Lifetime Selects.”

The band shared five songs from the June 9 show at Donington Park, where they performed a 3-hour, 28-song set of their classics, including the third 2018 performance of the 2004 Velvet Revolver hit, “Slither.”

The song was the lead single from “Contraband”, the debut album by Velvet Revolver – which featured GNR members Slash, Duff McKagan and Matt Sorum, and entered the US Billboard 200 at No. 1 selling more than 2 million copies in the country.

The Not In This Lifetime tour topped the $580 million mark at the end of 2019 earning the spot as the No. 3 highest-grossing tour in the history of the Billboard Boxscore chart.

Guns N’ Roses recently postponed their ongoing 2020 North American tour due to the new novel coronavirus pandemic; the two-month leg was scheduled to open with a headline appearance at Milwaukee’s Summerfest in early July before heading to Philadelphia, Detroit, Toronto, Boston, Chicago, and other cities.