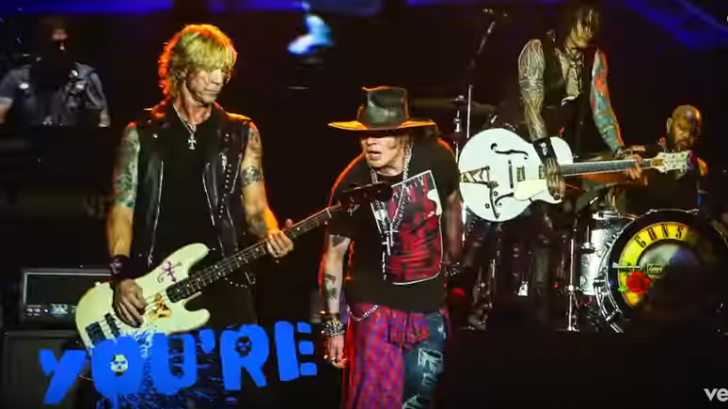 Just when we thought there’s no way Guns ‘n Roses can surprise us anymore (after Axl Rose sat on Dave Grohl’s iconic guitar throne AND after the Foo Fighters frontman jammed with the group on stage), they released a lyric video for the acoustic version of “Move to the City.” As of this writing, it already has almost half a million views on YouTube!

This is part of their deluxe box set to mark the 30th anniversary of the band’s greatest musical achievement – the groundbreaking “Appetite for Destruction” album. At $999, it’s a must-have for every die-hard GnR fan. From unreleased tracks to a hardcover book of unseen photos, it’s a treasure trove of musical gems for sure.

“We just want everyone to do our best for the fans, each other and our crew. Each one continues to encourage their solitude and achievement.” – Axl Rose

So you know, if you have some extra cash lying around, this is definitely a good deal.