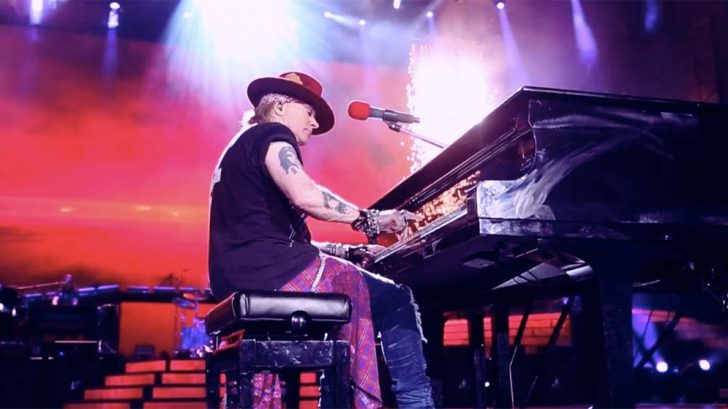 Love Them Or Hate Them, They’re Still Good

Guns N’ Roses just released their previously-unreleased version of “November Rain,” which was recorded in 1986, and its ahead into the inclusion in the June 29 release multiple expanded reissues of their 1987 album, “Appetite For Destruction.”

The track is just one of its two versions – with the exemption of the acoustic take – which was recorded during the bands 1986 sessions at Sound City Studios; “November Rain.” would hit the No. 3 spot as the third single from 1991’s “Use Your Illusions I,” on the US Billboard Hot.

Appetite For Destruction was Guns N’ Roses debut album that put them in the spot to stardom from LA club scent to international fame while delivering three US Top 10 singles “Welcome To The Jungle,” “Paradise City,” and their first and only US No. 1 hit, “Sweet Child o’ Mine.”

It’s been three decades after being released, but the debut album still remains as one of the biggest-selling of all time with more than 30 million copies sold worldwide.