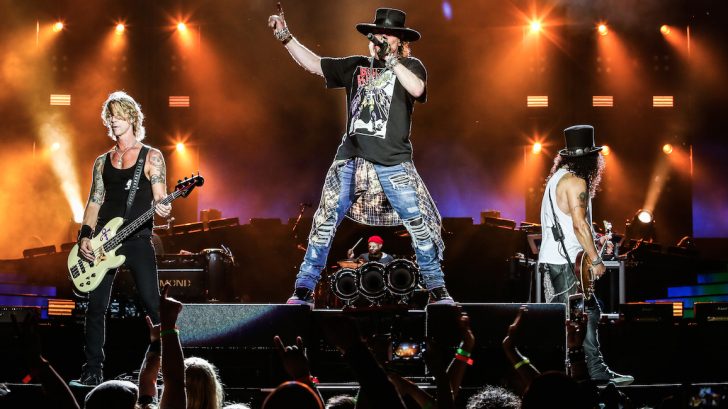 They’re On A Roll…

There’s no stopping these boys from taking over the world…. AGAIN. We’re just a few months into 2018 but it looks like it will be one heck of a year for Guns ‘n Roses. Their “Not in This Lifetime” summer tour will begin on June but prior to that, they’ll probably be shaking things up during this year’s Billboard Music Awards after receiving nominations for Top Touring Artist and Top Rock Tour.

Sure, it’s not as big of a deal but hey, these guys are in their 50s, no longer in their prime and yet, they can still go head-to-head with the younger generation.

Fun Fact: “Not in This Lifetime…” is now the fourth-highest grossing tour of all time according to Billboard after it topped the $475 million mark in gross sales.

There aren’t plenty of artists to represent rock and metal so we’re more than happy with the inclusion of Guns ‘n Roses.