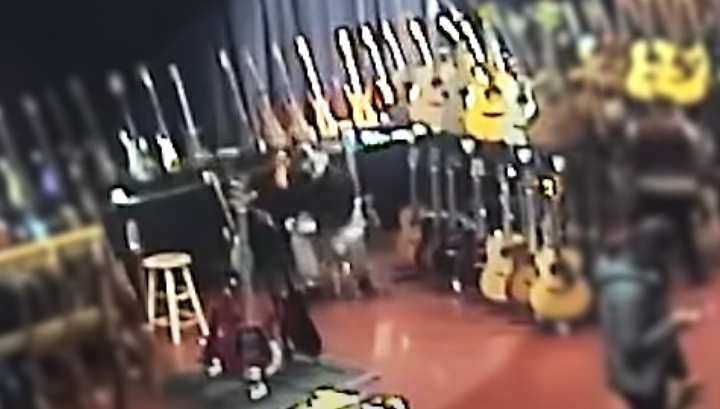 A thief caught on surveillance camera, puts the guitar in his pants and covers the rest with his shirt before leaving the musical instrument store in Richmond Hill.

Canadian authorities say a thief who stole an $8,000 guitar from a store hid it inside his pants.

Surveillance camera footage released by York Regional Police on Wednesday shows the suspect on Dec. 20 at a store in Richmond Hill, north of Toronto.

In the video, the alleged thief is seen sitting on a bench in the middle of the store from where he places the neck of the guitar inside his pants and covers the rest of the instrument with his shirt.

York Regional Police investigators said the suspect then left and fled in a vehicle driven by another man. The stolen guitar is a Gibson Custom Shop 60th Anniversary ’59 Les Paul Standard, police said.

Police described the suspect accused of stealing the guitar as a white male in his 20s, wearing “extremely large baggy pants,” a black coat, and a Toronto Maple Leaf baseball cap.