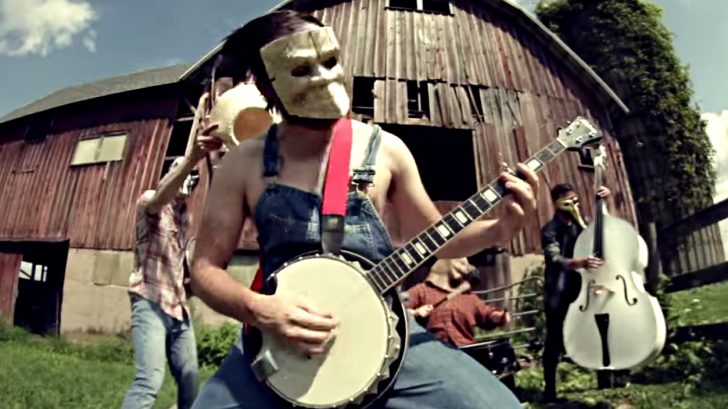 I Mean, C’mon! What’s More Metal Than A Banjo?

If you’re at all familiar with Rob Scallon, you’ll know that he is undoubtedly one of the most talented musicians on all of YouTube. Among many other things, he is known for taking iconic metal songs and putting unique twists on them, whether it’d be an all-piano cover, cello, or in this case a banjo cover.

It’s one thing to just play a metal song on the banjo, but it’s another thing entirely to play it perfectly, and not only that, but also to go all out with the attire. From straw-hats to overalls, Rob and his uniquely dressed band mates truly go all out and put on quite a show.

Watch below as Rob and his band turn Slipknot’s smash hit “Psychosocial” into a banjo-written masterpiece. And be sure to keep an eye out for the special surprise at the end of the video!

And why not subscribe to Rob’s channel while you’re here!?!