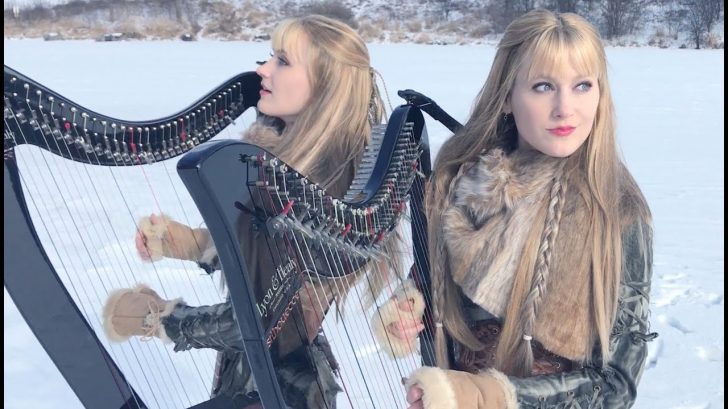 The brilliant musicians known as The Harp Twins Camille and Kennerly perform a lot of rock and roll harp covers in addition to their original compositions.

Read their thoughts about the rendition:

“We grew up listening to ‘Immigrant Song’ because it was always a classic of our mother’s favorite and we wanted to re-read it for a long time. So it was time for another re-release of Led Zeppelin! In addition, the Nordic theme is our style! ”

American identical twin performers and electric/acoustic harpists Camille and Kennerly Kitt create, compose, and perform as The Harp Twins. We are unable to distinguish between them since they are so similar. But that is irrelevant because they both excel in their fields.