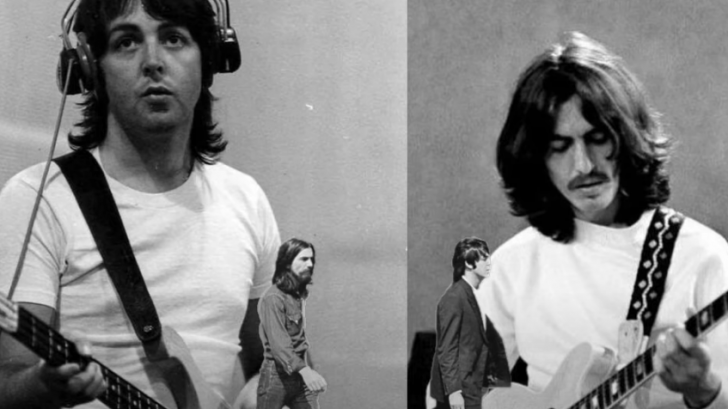 In 1969, included in the masterful album “Abbey Road” by the Beatles, “Something” sounded, one of George Harrison’s best compositions.

The song, with the first sentence, taken from a theme by his friend James Taylor, is apparently romantic but George, always imbued with the spiritual, claimed that it was dedicated not to Pattie Boyd, his partner at that time, but to the goddess Krishna.

The composition, written by George at the time of The White Album, is a marvel, relaxed, bittersweet in doubt of attraction with a bluesy Gibson Les Paul guitar sound accompanied in melodic counterpoint by Paul’s dynamic bass. McCartney, Billy Preston with hammond organ, string orchestral arrangements.

An immediate and invincible classic like this ballad had to wait for the third album to be incorporated by the others. Paul and John gave him no space and looked down on George’s creative abilities. But his talent was imposed. Lennon, many years later, tried to justify himself by saying that there was a somewhat shameful period when George’s compositions were not up to the rest and they tried to hide it. But after the album came out, he had to admit that Something was the best song on the album. For his part, McCartney said that was the pinnacle of George’s authorial contribution to the group.

Listen to the Isolated Bass and Vocal Tracks of “Something.”