Every human being has the right to Rock and Roll despite the differences!!!

Here we go, how hard can it be to just accept the fact that we all have our differences? It seems like back then it was hard to come out as a homosexual. Thanks to the most iconic rock stars who made it possible for queer people to rock the world! Freddy Mercury, David Bowie, Elton John, Boy George, Little Richard, Rob Halford and so many to mention. They have proved that Rock and Roll are for all to enjoy, no matter what your sexuality is. 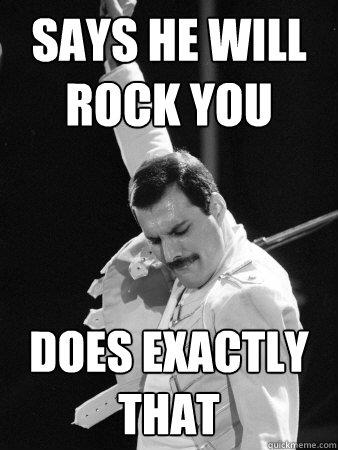 We should all be thankful rather than being retards about it. If not for these people (yes! they are people) music would have crashed. Well, of course, being straight and all – you will never be able to understand or even appreciate how difficult for someone to come out from their own closets and turned out to be homosexual. Even today, we hear people rant about these issues! They don’t have any idea that it takes some serious courage to come out!

We demand equality for lesbians, gays, bisexuals, and transgender. Not only for the Rock and roll community but also for the whole world!  Acceptance and their rights play a significant role for them. We don’t have to be stubborn and act as if we are perfect!

“I’m gay, and always have been, even when I was David Jones.”

Thanks to this beautiful person who encourages a lot to come out from their closets.

“I loved how he challenged people about how gender was represented”

Thanks to the power of music that changes the perception of how we think about homosexuality.