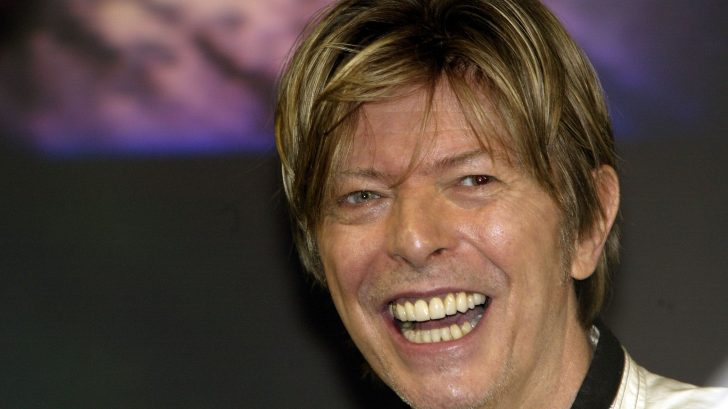 For years, David Bowie was at the forefront of pop and rock. He received the nickname of rock chameleon for the changes in musical style and for embodying thematic characters in some of his albums. Among his hits are: “Space Oddity”, “Life on Mars”, “Heroes” and “Ziggy Stardust.

David Bowie was considered one of the most influential rock and pop artists of the 20th century and won several awards, including gold certifications in the United Kingdom. He was considered by Rolling Stone magazine as the 39th artist in their list of 100.

‘Slip Away’ though, was one of his best tracks he released during his later music career. In the 2000s, he released “Heathen” (2002) which included the track, a record that was released after the 9/11 attacks in the USA, an event that inspired the dark, but highly praised album.

David Bowie wrote this song as tribute to New Jersey’s own “Uncle” Floyd Vivino, he was known as a comedian with a vaudeville-styled who hosted the The Uncle Floyd Show for 20+years

Bowie reached out to Floyd a few months before releasing the album, Heathen , and told him about the track. In the text below, courtesy of davidbowie.com, David speaks about the new album and the show: “Both ‘Slip Away’ and ‘Afraid’ were recorded early last year and as I liked these 2 so much, I just moved ’em forward to this album. We completely re-recorded ‘Slip Away’, over one of Matt’s great loop parts. Back in the late ’70s, everyone that I knew would rush home at a certain point in the afternoon to catch the Uncle Floyd show. He was on UHF Channel 68 and the show looked like it was done out of his living room in New Jersey. All his pals were involved and it was a hoot. It had that Soupy Sales kind of appeal and though ostensibly aimed at kids, I knew so many people of my age who just wouldn’t miss it. We would be on the floor it was so funny. Two of the regulars on the show were Oogie and Bones Boy, ridiculous puppets made out of ping-pong balls or some such. They feature in the song. I just loved that show.”

When promoting Heathen on a tour in 2002, one of his iconic shows in Berlin, Bowie told the crowd: “This is another new song. It’s about a television hero in America from ’70s that myself, and Lennon and Iggy Pop used to watch in the afternoons. Crazy guy, and we were very addled and used to love fooling around watching this guy Uncle Floyd. And his song is called ‘Slip Away.’”