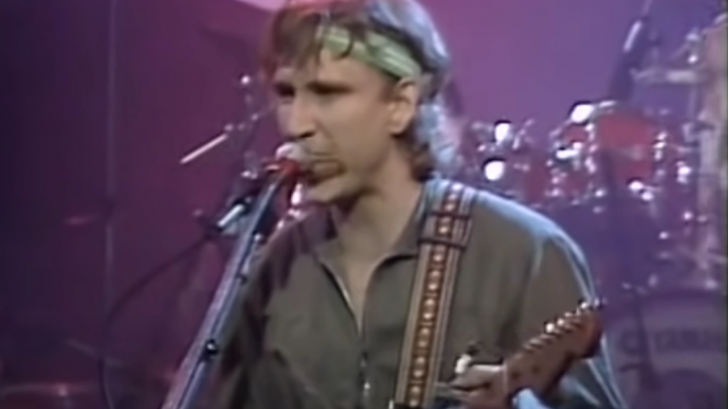 Joe Walsh attended Kent State in 1965, long before the tragedy. According to Rolling Stone, he was studying English in May 1970 and was present when the events occurred. On the 50th anniversary of the massacre in 2020, Walsh commented on Facebook about how what he witnessed had a significant effect on him and everybody else who was there that day.

“Those of us who were there remember that day graphically, when our classmates, our friends, got shot down,” Walsh wrote in the post, noting that many of those who were protesting that day were barely adults, attending Kent State to further their education. “We were peacefully demonstrating but because of a total dysfunctional authority trying to handle a situation they didn’t understand, it mutated into elevated emotions and anger, chaos and fear escalated into violence,” Walsh recalled. “The solution then, as it is now, is to be able to peacefully assemble and understand each other and accept our differences, without fear, without hatred, without violence.”

According to Rolling Stone, although Joe Walsh had already been performing in front of local audiences during that period of the Kent State massacre, the 1970 Kent State massacre motivated him to drop out of school and seek music full-time. Nonetheless, the tragedy left an imprint on Walsh’s music. Walsh authored “Turn to Stone” about the Vietnam War and the Nixon administration’s handling of it in 1972. Walsh revealed to Rolling Stone in 2016 that his time at Kent State influenced the composition.

“I attended Kent State. I was at the shootings,” Walsh said of the shooting and its aftermath. “In those days it felt like the government’s priority was not the population. They had an agenda that was about something other than doing what was necessarily good for the country.”

Walsh was slated to perform at a charity honoring the 50th anniversary of what transpired that day in 2020. According to Kent State University, the event was aimed at assisting the May 4 Legacy Scholarships, which are four scholarships awarded to incoming students in Kent State’s Peace and Conflict Studies program, one for each student died in 1970. Regrettably, because to the COVID-19 outbreak, the annual event had to be postponed.