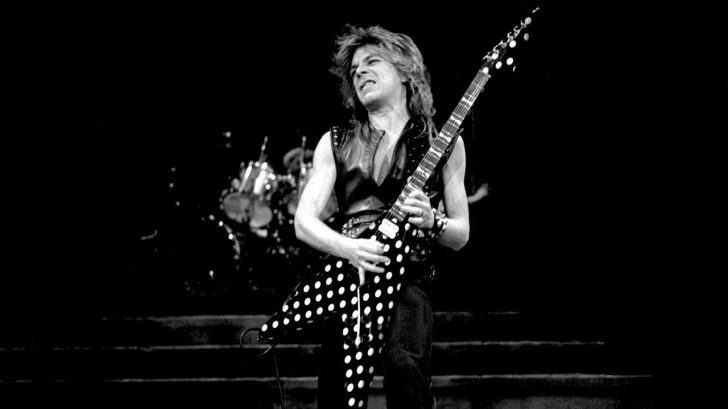 The Rock and Roll Hall of Fame is a museum in Cleveland, Ohio that remembers and honors the most famous and influential artists in rock history. Its main function in paying tribute to these bands that marked the history of rock with ‘arpeggios’ and anthems that had an impact on the development of Rock and Roll.

The “Rock and Roll Hall of Fame” was created on April 20, 1983 by Ahmet Ertegun (record producer) Jann S. Wenner (editor of Rolling Stone Magazine) and Seymour Stein, Bob Krasnow and Noreen Woods (music producers) who elected the city of Cleveland to build the Hall of Fame, which would first be inducted in 1986.

The musical influence of these artists, the trajectory, their importance in the music scene, are some of the requirements they need to enter this prestigious space of the most famous rock. 19 candidates are presented each year to enter this museum and remain in the posterity of Rock.

These artists and bands could be immortalized in the Rock and Roll Hall of Fame due to 25 years of musical career, it is worth asking, do the artists that are chosen really rock?

Every artist who has a record with more than 25 years of experience deserves to be called to occupy a place in the prestigious museum, which is perhaps why the renowned rapper Tupac Shakur is nominated, who in 1991 released his first album called 2Pacalypse Now and He was shot dead in 1996 in Las Vegas.

Despite not being a rocker, Tupac was one of the most emblematic figures of Hip Hop, which even today influences the new era of rappers.

Renown for any artist is the engine that drives their career to continue composing and giving concerts all over the world. This is one of the most important criteria that candidates must meet to be at least at the gates of the hall of fame.

This recognition is divided into performers (any artist or band that has more than 25 years of musical experience); do not perform (people who have made an enormous contribution in producing, writing, promoting, or encouraging music); influential (artists who have laid new musical foundations within the rock scene); finally the veterans (it is for every musician who has been awarded in his life for his musical excellence).

Elvis Presley is the best definition of contribution to Rock and Roll, his clothing, his way of being, his dance marked an entire planet that surrenders to the king of rock and roll.

To consider that a band or artist has contributed something to rock and roll is because they have a peculiar style, an innovative musical technique and a style that remains in history, such as Depeche Mode. This band, managed by Vince Clarke, has more than 15 albums in more than 30 years of musical career and despite the passage of time and the new musical waves, this British band bets on electronics with instruments.

Another artist to highlight is Janet Jackson, an artist who not only contributed to the music scene, but was also present in American culture by producing several music videos.

All these requirements are analyzed by 800 music experts.