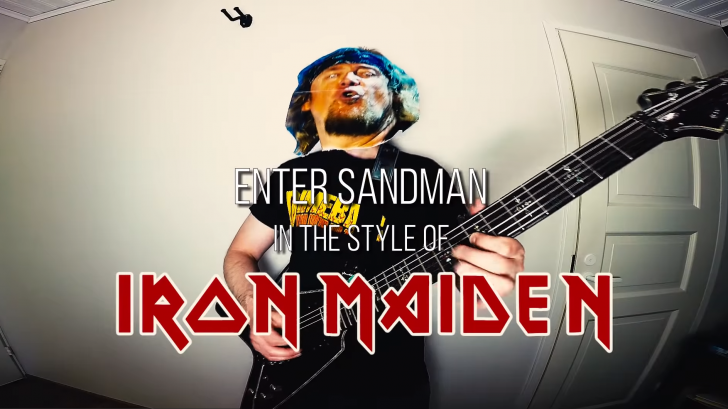 Although quarantine lockdowns have been a hard stage in the lives of all those who are dedicated to music and for its fans, the truth is that one of the good things that came with it was a sufficient amount of time for many Music lovers will give free rein to their creativity and imagination.

A YouTuber has created his own virtual version of the iconic Metallica song ‘Enter Sandman’, only in Iron Maiden style.

The new version was created by the Finnish YouTuber, Metal Börje, who gave a twist to the song originally released in 1991, using own arrangements of the British band Iron Maiden led by Bruce Dickinson.

Although it is a cover version, it seems like a totally believable version of what would happen if the two legendary metal bands joined forces.

The idea for Börje came about when he first imagined how the song ‘Enter Sandman’ with Slipknot would sound like, while Metallica fans encouraged him to create a new version of the song.