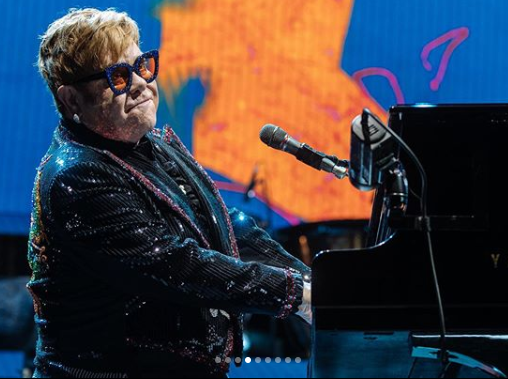 “Men On The Moon”

Space exploration in 1972 was a trend, and Rocketman came out during the time when the Apollo 16 mission occurred where they sent men to the moon for the fifth time.

The inspiration for Bernie Taupin’s lyrics was a short story written by Ray Bradbury, “The Rocket Man.” Ray Bradbury was a sci-fi author who told the tale of the rocket man from a child’s perspective standpoint, whose astronaut father has mixed feelings at leaving his family in order to fulfill his duty as an astronaut. The book short story was published as part of the anthology The Illustrated Man in 1951.

Fun Fact: “This was produced by Gus Dudgeon, who worked with David Bowie on his 1969 song “Space Oddity.” Both songs have a similar subject matter, and lots of people accused Elton of ripping off Bowie, something both Elton and Bernie Taupin deny.”

The opening lyrics of the song came to Bernie Taupin when he was driving near his parents’ house in Lincolnshire, England. Taupin explained that he has to write his ideas down immediately as they show up in his head. He drove through some back roads as fast as he could to get to his parent’s house just to write down his thought which was:

Just with that line, he came up with the song Rocket Man about a story of an astronaut who is sent to live in space as part of a scientific experiment.

Another Fun Fact: “This was Elton’s biggest hit to that point, outcharting his first Top-10 entry, “Your Song.” It had a huge impact on his psyche, as it gave him the confidence to know that he could sustain his career in music.”