Here’s How His Roadie Described Freddie During His Time

Queen’s roadie Peter Hince tells an insightful story in his book called Queen Unseen. The book offers a revelation into the life of the frontman Freddie Mercury, including the years when they became huge.

He also revealed some stories regarding the other members of Queen – Deacon, guitarist Brian May and drummer Roger Taylor. 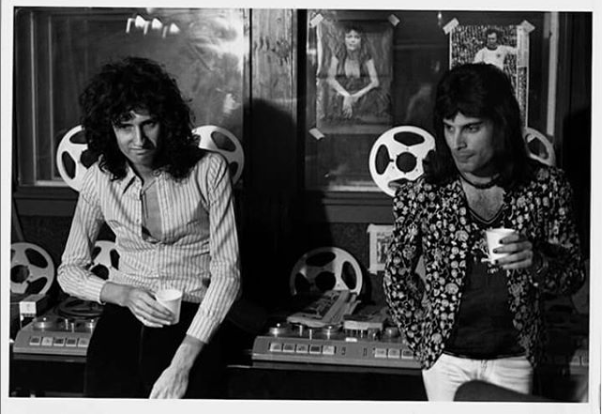 He tells the personality of Freddie Mercury:

“People talk about Freddie and his ego, but his ego was not as big as people think. It was all a persona. He could make fun of himself, whereas some of the other guys in the band couldn’t do it in the same way. You could have a laugh with Freddie, but you knew were the line was. He wasn’t necessarily the prima donna that everybody thought he was.”

Shared his insights regarding Freddie’s greatness:

“As a frontman he was unbeatable. It wasn’t just about his voice but the way he commanded the stage. I loved Zeppelin and The Who – Plant and Daltrey were great frontmen – but I think Fred had more in terms of showmanship and presence. For him it was all about interacting with the audience, knowing how to play an audience and get them on his side. And he gave everything in every show.”

“1973. I was working for Mott The Hoople and Queen were supporting them on a British tour. Queen’s first album had just come out.”

Witnessing Freddie and the other members of Queen on the works:

“I was there when Bohemian Rhapsody was recorded. I just remember not knowing what the bloody hell it was all about! And I was with Freddie when he wrote Crazy Little Thing Called Love. That was a really special moment.”