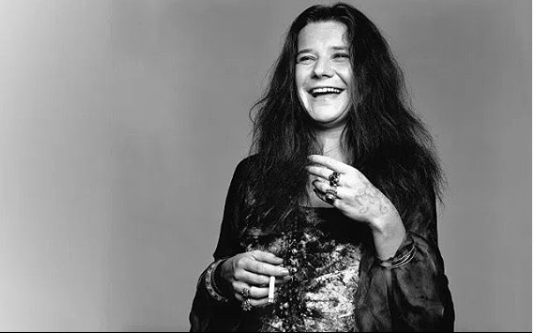 When Janis Joplin left his group the Big Brother, she lost a huge following from her own community in San Francisco. She and her yet-to-be-named new band debuted December 21, 1968, three weeks after doing a final show with Big Brother.

As a solo artist, she had her first performance in Memphis, Tennessee at the second annual Stax-Volt Yuletide Thing. Her first gig was supposed to be perfect,  but they soon discovered that they weren’t good enough to perform.

They had terrible reviews by the critics, and it was the only time when Janis Joplin wasn’t able to win the hearts of her audience. And her new group didn’t receive a following in the  United States and was hugely compared by her former band the Big Brother.

The band only stayed together a year and only did one recording “I Got Dem Ol’ Kozmic Blues Again Mama!” — at which point after their break up they became known as the Kozmic Blues Band. The album did well and went for the gold but did not produce any Top Ten singles.

Having to struggle with her professional problems, Joplin began drinking again and taking heroin. Despite the struggles, it didn’t stop her, and those times she got to do her most notable performance at Woodstock occurred in August 1969.

“I don’t think I’m a very special kind of person. But I don’t think you’ll find another person to try so hard.”

Times were hard with her — after disbanding Kozmic Blues, she decided to take a break from her heroin addiction. She went to Rio de Janeiro, Brazil, for Carnival in February 1969 and had spent at least five weeks there, hitchhiking. But when she got back to San Francisco, just after two days she began using again.

During early 1970, Joplin wanted to take another shot at the road and begin recording again. She put together another group called The Full Tilt Boogie Band and started touring that May of 1970, and had some great reviews.

The start of a new beginning was in September 1970 when she and her group started recording new material in Los Angeles with renowned producer Paul A. Rothchild. Sadly, Joplin died before she was able to complete the entire album, but despite her tragic death, there was still enough usable material to compile an LP. As a result of the released of Pearl (named after her nickname) in 1971.  It became the biggest selling album of her short career and featured her biggest hit singles; “Me and Bobby McGee,” and “Mercedes Benz.”

Janis Joplin is now remembered for her powerful and distinctive voice especially her raspy voice — she personified the era of 1960s music. She sparked an entirely new revolution during her short career — the new kind of female persona in rock.