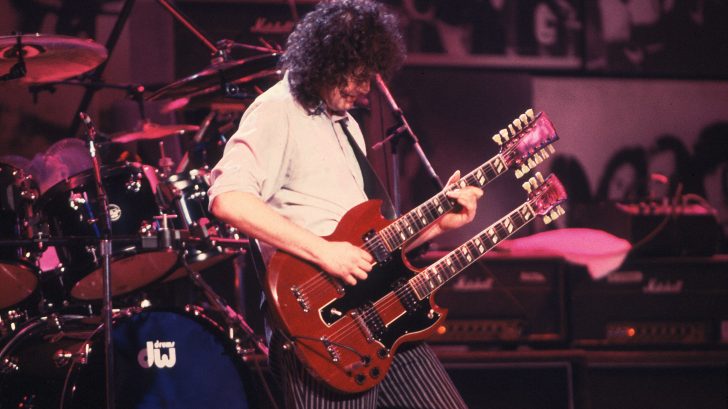 Them Crooked Vultures are a supergroup that makes its mark. Until now, we ignored that Jimmy Page was tempted to become part of it. The legendary Led Zeppelin guitarist acknowledges that the last time he spoke with Dave Grohl was precisely to receive this juicy proposal.

After years of intertwined collaborations, with Grohl playing with QOTSA, Jones playing with Foo Fighters on the album «In your Honor», and appearing playing it together with Jimmy Page at the legendary Foo Fighters concert at Wembley, the idea of ​​doing some new Led Zeppelin was taking shape in Grohl’s head. He invited both of them to his 40th birthday and the magic happened.

It all happened in 2007 when Led Zeppelin realized that Robert Plant was not going to continue with the reunion and that he was going to bet on his solo career. Page was even hesitant to join Grohl’s group.

“During the post-O2 period, I had been playing new material with Jason Bonham and John Paul Jones at rehearsal rooms,” Page wrote on his Facebook page. “I was asked to play with the Foo Fighters at Wembley. This was after the Led Zeppelin show at the O2 attended by Dave Grohl. So, on this day in 2008, John Paul Jones and I played ‘Ramble On’ and Dave sang with Taylor Hawkins on drums. Then Taylor swapped drums with Dave and he sang ‘Rock and Roll’.”

He continued: “Dave Grohl said ‘You guys should come to the States and record with us.’ I didn’t hear anything more from Grohl, and John Paul Jones’ communications seemed to dim. The next I heard, they were promoting their new group.”

Them Crooked Vultures have recorded only one album to date, but what an album! And I say to date because according to them, the group has not disappeared; it is just inactive, and they often fantasize about getting together again. And I light candles to the gods for it. The tour lasted about a year, including 2009-2010 when the activity ceased.