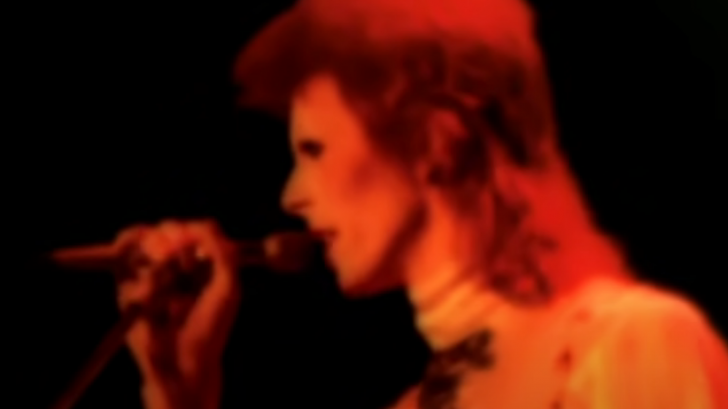 David Bowie didn’t exactly think Los Angeles was the “City of Angels,” just the reverse, in fact. Los Angeles witnessed weird events for “The Starman,” but as Joni Mitchell said, “it is full of strange people.” The folk singer asserts that it is home to the world’s kookiest whackos.

The setting, in his opinion, was consistent with the ideas of one of his early heroes, Jack Kerouac. Jack Kerouac frequently made stops in Los Angeles during his seven-year journey across the United States in quest of meaning. Kerouac found himself at a run-down hotel and reflected on how the golden age of Hollywood movies was gradually giving way to the explosion of rock ‘n’ roll:

“I could hear everything, together with the hum of my hotel neon. I never felt sadder in my life. LA is the loneliest and most brutal of American cities; New York gets godawful cold in the winter. But there’s a feeling of wacky comradeship somewhere in the streets. LA is a jungle.”

In this wilderness, Bowie was lost. At the same time as he fell into the grasp of garish LA’s wild side, he also delighted in how quickly icons could be created there. He would like the idea of “I’m an instant star, just add water,” and the notion of the American pop culture ideal, while simultaneously recognizing that everything was a fake made of plastic. Bowie found this strange blending to be infuriating in both senses.

Aside from the daring statements he was making at the time, he also displayed an unquestionably bizarre sign of substance addiction associated with creative displacement that calls for a less circumspect approach to study.

“He felt the pool in his LA home was haunted. He felt the devil was in the pool,” Hughes explains. “The wind was howling, [and the pool started to] bubble like a Jacuzzi […] I swear to you I have a pool, and I have never seen it bubble before. That pool was fucking bubbling.”

Bowie was thrust into a world populated by evil spirits from both the sphere of hell and the greedy music industry as a result of the combined effects of the drugs, the occult literature he was reading at the time, and the vile miasma that embalmed his LA neighbor as a result of the horrific scene of the Charles Manson murders just a few doors down.

As Bowie actually put it,

“My other fascination was with the Nazis and their search for the Holy Grail. […] I paid with the worst manic depression of my life. […] My psyche went through the roof, it just fractured into pieces. I was hallucinating twenty-four hours a day. […] I felt like I’d fallen into the bowels of the earth.” Needless to say, Bowie, did not take well to Los Angeles. As David Buckley writes, Bowie had shunned the plastic world around him and regressed into a state of paranoia, “living a cocooned existence, disconnected from the real world.”

But what is Los Angeles’ real reality like? There shouldn’t even be a city there, by rights. It was founded on the ephemeral allure of unrenewable gold, and that transitory fantasy seems to have endured in various cancerous forms for all time. As far as Bowie was concerned, this idea proved to be downright hazardous. He was furious in 1977,

“It’s the most vile piss-pot in the world […] It’s a movie that is so corrupt with a script that is so devious and insidious. It’s the scariest movie ever written. You feel a total victim there, and you know someone’s got the strings on you.”

Three years later, his opinions hardly seem to have changed. This time, The Starman uttered:

“The fucking place should be wiped off the face of the earth. To be anything to do with rock and roll and to go and live in Los Angeles is I think just heading for disaster. It really is. Even Brian Eno, who’s so adaptable and quite as versatile as I am now living in strange and foreign environments, he couldn’t last there more than six weeks. He had to get out. But he was very clever. He got out much earlier than I did.”

There are many decent people who would disagree with Bowie on this one, so perhaps he just avoided the sun’s allure, didn’t take to the delightful flavor of In ‘n’ Out Burger when his diet consisted only of bell peppers and milk and wasn’t one for the beach.