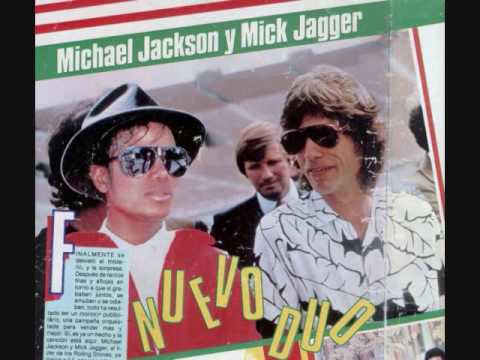 At the beginning of March 1984, Michael decides not to use the voice of Freddie Mercury in “State of Shock” because his part was unfinished due to Freddie’s lack of time at that time since he was in the middle of preparing for one of his tours.

Walter Yetnikof, president of CBS/Sony, suggests to MJ that he can convince Mick Jagger to sing with him on “State Of Shock”, since the Rolling Stones have signed a million-dollar contract with the company and Mick Jagger is finishing his first solo album.

Mick Jagger meets Michael Jackson on the afternoon of April 16 at a New York hotel. Jagger had had a horrible day. In the morning he had been in court to finish business with his old manager Allan Klein. But he says yes to Michael.

On May 8, Jagger and Jackson meet in a New York studio. According to the version of the engineer Bruce Swedien, the relationship between them was distant, quite cold. But Swedien was impressed that Jagger obeyed Michael without question and spent a couple of hours doing layovers until he warmed up his voice. Mick’s participation did not end until the next day, Michael tired of Jagger’s voice, knowing that it had not been a good choice.

On June 28, the Jackson album appears with the duet of Mick Jagger, in ‘State of Shock’. It went pretty unnoticed. Mick and Michael never saw each other again.

Rumor was that Mick didn’t want to record the song together with Michael, but preferred to record his part separately and not have any contact with MJ at the time of recording SOS.