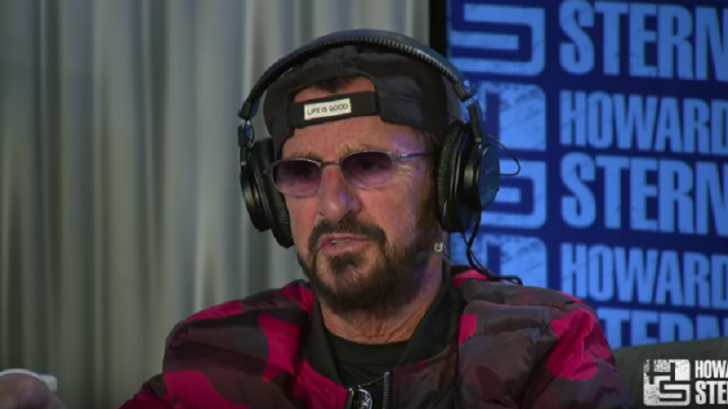 The Beatles are one of the few rock groups with an exemplary music catalog. Their songs remain well-loved decades after their release. That’s already quite an accomplishment even for legends. And so pretty much anyone would wonder, how do they come up with such epic tracks? Do they wake up and boom, get that AHA moment? Or do they toss around ideas until they get something they all like?

During The Howard Stern Show, Ringo Starr sat with the host and shared a bit about their songwriting process – how it was writing with Paul McCartney vs with John Lennon. Apparently, Paul is an absolute workaholic which isn’t exactly surprising.

“We were 19, 20, we were having a lot of fun. It was like let’s go! We never thought that four years from now we’d be the biggest band in the land. And we certainly never thought about getting old. You never do when you’re young.” – Ringo Starr

Also, can we just take a moment to appreciate how young Ringo looks? The guy’s already 78 years old and yet, he can still pass off as someone in his 40s! Did he just discover the fountain of youth? Or is music his way of keeping himself young?

Whatever it is, it’s always nice to see him talk about his former bandmates. They were brothers and even after they broke up, they were still family. That’s why watching him perform alongside Paul McCartney gives us some major nostalgic feels.

And as for Ringo, he has always expressed how fun it was working with John especially in the Plastic Ono Band.

“Just being in the room with John, being honest, the way he was, screaming, shouting and singing. It was an incredible moment.” – Ringo Starr

Check out the interview below…