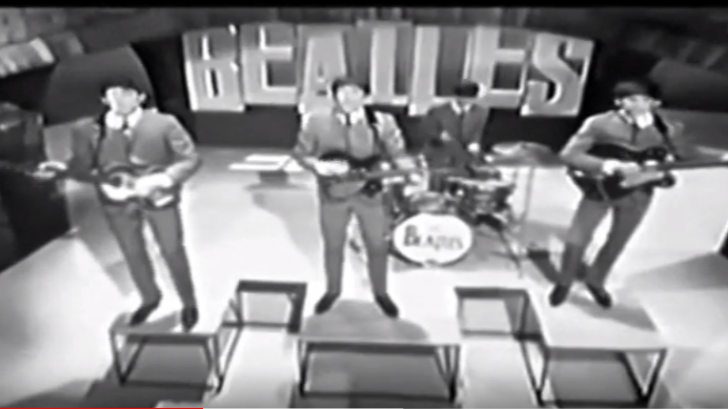 The Song That Started The Beatlemania

There is something more to it than just “she loves you, yeah,” it does have some kind of magical power in a way. The epitome of Beatlemania, and if you’re old enough to remember the feeling of Beatlemania in 1964, then this song is very nostalgic and captured that energy.

The song was indeed where Beatlemania truly began. Released as a single on August 23, 1963, and remained as their best selling single in the U.K.

“It was again a she, you, me, I, personal preposition song. I suppose the most interesting thing about it was that it was a message song, it was someone bringing a message. It wasn’t us any more, it was moving off the ‘I love you, girl’ or ‘Love me do’, it was a third person, which was a shift away. ‘I saw her, and she said to me, to tell you, that she loves you, so there’s a little distance we managed to put in it which was quite interesting.”

The Beatles wrote the song in June 1963, in one of the rooms in Turk’s Hotel in New Castle. It was definitely a collaboration between Lennon and McCartney. She Loves You showed how much the Fab Four loved music and how excited they were in creating one, and it was a defining moment of their early career.

“I remember it was Paul’s idea: instead of singing ‘I love you’ again, we’d have a third party. That kind of little detail is apparently in his work now where he will write a story about someone and I’m more inclined to just write about myself.”

McCartney had an idea to make it as a call-and-response song, where he sings the title line and the others would be answering with “yeah, yeah, yeah.’ But then, John Lennon managed to persuade him.

“John and I wrote She Loves You together. There was a Bobby Rydell song [Forget Him] out at the time and, as often happens, you think of one song when you write another.

We were in a van up in Newcastle. I’d planned an ‘answering song’ where a couple of us would sing ‘She loves you…’ and the other one answers, ‘Yeah, yeah.’ We decided that that was a crummy idea as it was, but at least we then had the idea for a song called She Loves You. So we sat in the hotel bedroom for a few hours and wrote it.”

They managed to finish writing the song at McCartney’s family home in Forthlin Road, Liverpool.

“We sat in there one evening, just beavering away while my dad was watching TV and smoking his Players cigarettes, and we wrote She Loves You. We actually finished it there because we’d started it in the hotel room. We went into the living room – ‘Dad, listen to this. What do you think?” So we played it to my dad and he said, ‘That’s very nice, son, but there’s enough of these Americanisms around. Couldn’t you sing, “She loves you. Yes! Yes! Yes!”‘ At which point we collapsed in a heap and said, ‘No, Dad, you don’t quite get it!’ That’s my classic story about my dad. For a working-class guy that was rather a middle-class thing to say, really. But he was like that.”