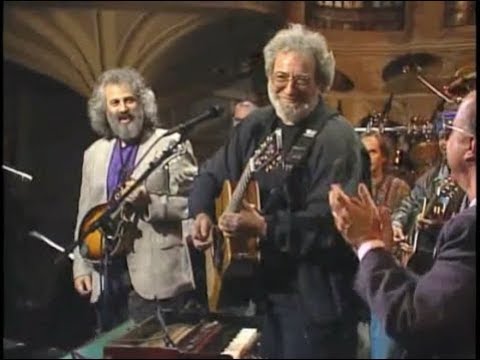 Rock and sport never went hand in hand when the psychedelic band equipped the Lithuanian basketball team at the 1992 Barcelona Olympics.

However, if the Olympics had to tell its rock history par excellence, that is the participation of the Lithuanian basketball team in the 1992 Barcelona Olympic Games.

This story, which mixes political passions, cries of independence against Soviet tanks and NBA stars, is heard with a musical curtain in the background: the psychedelic rock of the Grateful Dead.

Lithuania is one of the two countries in the world, the other is the Philippines, where basketball is the number one sport (not to be confused, in the United States the king of sports is American football).

In the midst of social upheaval, the best basketball players in Lithuania proclaimed their intention to compete in Barcelona in 1992. They wanted to shout to the world the fact that they were not Russians but Lithuanians.

Led by two NBA phenomena such as Sarunas Marciulionis and Arvydas Sabonis, the basketball players’ dream came to the attention of the Grateful Dead, sports fans. And of freedom.

Sabonis and Marciulonis, all dressed to compete. In a military uniform? With brand new brand kits? Absolutely. The official armor of the Lithuanian basketball team at the Barcelona 92 ​​Olympic Games were hand-made T-shirts, bleached with the psychedelic hippy technique of the “tie-dye” in English, which had come directly from Californian fashion: not in vain, they had been sent directly to the players by the quintessential band of psychedelic folk, none other than Jerry Garcia’s Grateful Dead. Such a scene requires a background.

The story jumped into the sports pages of the local newspaper, the “San Francisco Chronicle,” which coincidentally fell into the hands of the Grateful Dead representative, Dennis McNally, who forwarded it to the band members. Jerry Garcia, Bob Weir, and the others immediately sympathized with the cause, without resentment, despite having been the executioners of the American team in previous Olympic games. They presented them with a check and also sent them a box of t-shirts faded in red, yellow, and green, the national colors of Lithuania, with the image of a skeleton holding a basketball. The story has even been told in a documentary.

However, in a historic sporting moment, Lithuanians bowed down to receive the Olympic bronze decked out in the psychedelic apparel manufactured by the Grateful Dead, without whose help that gesture would never have occurred. A peak moment for rock and basketball.