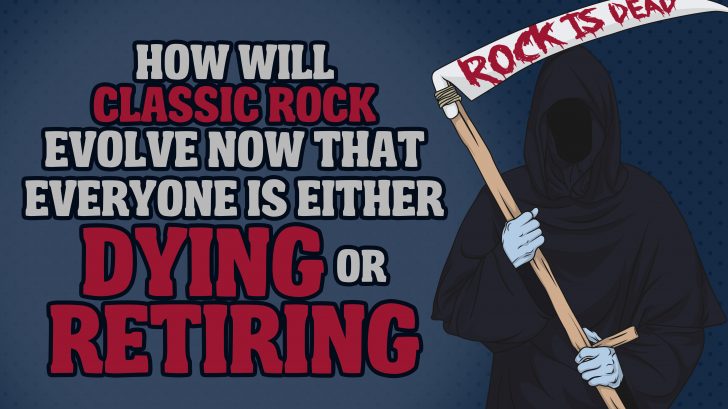 Will Classic Rock Come To An End?

When we talked about Classic Rock, we say “good old rock music,” we always think about Chuck Berry, and Little Richard, Beatles, and Stones, or Led Zeppelin or Pink Floyd, The Clash, and Sex Pistols, and what about Guns n’ Roses, and Metallica, or Yes or Rush, and maybe Foo Fighters, and Red Hot Chili Peppers. It’s all about rock music, it certainly has an impact on everyone’s lives.

And now, it leaves us wondering what will happen to Classic Rock, how will it evolve now that everyone is either dying or retiring. —

Rock won’t die, not for the next 50 years or even hundred years, our generation is the last generation which had experienced the true forms of rock music. Today, most kids will never know what true rock really is.

Generalizing that rock music is dead would be a false-cause. It might be dead to some but to us whom we love it so much is very much alive. It will only definitely evolve if we accept the fact that it is an absolute individual’s choice whether one relates to and enjoy a piece of music or one chooses to avoid it for some reason.

We always clung to the past and a bit cynical about it. We are just kind of ignoring that today rock music is flying high or at least of its subgenres are. Punk, Post Rock, Metal, Prog Rock, and Alternative/Indie rock have all seen great albums get released. Some of these new bands are so good that it’s a wonder why they never get the popularity that older and sometimes inferior bands such as U2, and Metallica get today. I don’t think that it is understandable that we are not open to new music and just want to rant our frustrations on not having a modern day Led Zeppelin or The Stones or Pink Floyd.

We might just be missing out on some really great musicians of this generation,