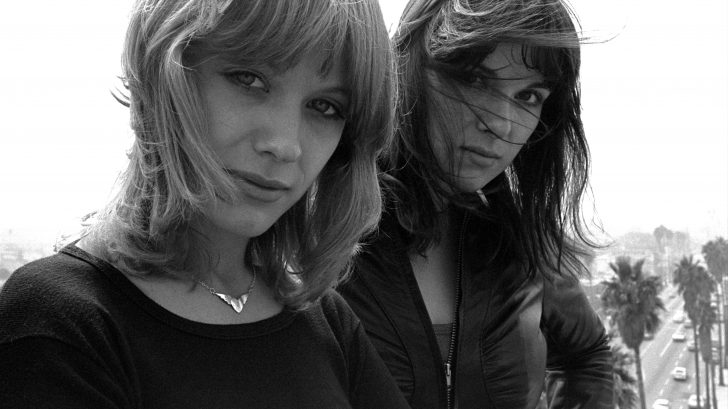 These Dreams… of Heart

The sister duo of Heart gained success starting in the 1970’s with their heavy metal influenced jams but won the hearts of everyone else with their rock personas.. and their equally gorgeous rock looks.

The band began performing in high schools and taverns in the lates 1960s throughout Washington, as White Heart . Originally, it was all male bandmates until one of the men left the band and became a Vietnam “draft dodger.” One of the bandmates brother’s, Mike, crossed into Canada to visit family when he met Ann at a rock show. Nancy says this is the day the Ann and Mike “fell in love.”

Ann followed Mike and they remained in Canada. In 1973, Heart was officially formed with Ann included. In 1974, nancy joined the band and also fell in love with another bandmate.

Heart’s debut album was Dreamboat Annie, released in 1975. The album sold 30,000 records in Canada during its first few months. The album gained major success in the U.S. with it’s singles “Crazy on You,” and “Magic Man.”

In 1977, Heart’s label- Mushroom Records, released an ad with Nancy and Ann bare-shouldered with the caption, “it was only our first time!” Later on, when the sisters were interviewed by Rolling Stone Magazine, they stated this instance as their reason for leaving Mushroom records.

Some time in 1977, a reporter remarked that the sisters were lovers. An appropriately infuriated Ann, started writing the lyrics to “Barracuda” that same night in her hotel room. History was made.

Heart’s split with Mushroom records incited a difficult legal battle. The band broker their contract with their initial label and signed on to work with CBS. Upon the release of the 1977 Magazine, CBS released Little Queen. Both Mushroom Records and CBS tried to prohibit Heart from releasing any music at all.

Bebe le Strange was released in 1980. This was Heart’s third top 10 album. Their next album was Private Audition in 1982. The album didn’t hit but the track “This Man is Mine” reached 33 on the Billboard 100.

In 1985, Heart signed onto Capitol Records. The label inspired the band to have a glam makeover and they released the self-titled album, Heart. The album reached number one and released four top 10 hits: “What About Love,” “Never,” “These Dreams,” and “Nothin At All.” Then, “If Looks Could Kill,” reached top 5 and the band had 5 singles hit top 5 for the first time.

Heart had a string of hits afterward including, “Who Will Run To You” and “All I Wanna Do Is Make Love To You,” during the 1980s. They toured in 1990 and released a live album with so-so success. In 1995, Nancy took a break from music to focus on family.  The band worked on a Christmas album later on, as well as being featured on several tv shows.

On April 18, 2013 Heart, including its original members were inducted into the Rock and Roll Hall of Fame. The band was inducted by Chris Cornell. Heart performed “Crazy on You” for the first time in 34 years with its original line up.