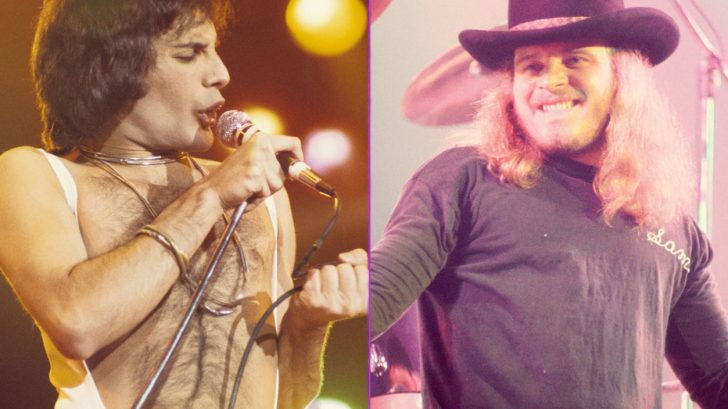 Two of the rock world’s most beloved frontmen came together in the form of a mashup when someone thought to take Queen’s “Fat Bottomed Girls” and Lynyrd Skynyrd’s iconic “Sweet Home Alabama,” put them together, and let the magic do the rest.

At first glance, “Sweet Home Alabama” and “Fat Bottomed Girls” look and sound nothing alike; one is an upbeat anthem to all things Southern, dueling piano and guitar solos fueling the imagination with dreams of sweet tea and lazy summers spent barbecuing with friends and family. The other, a bluesy love letter to well endowed women driven by an impossibly tight four part harmony with the rhythm nailed down tight by Queen drummer Roger Taylor.

Fun Fact: Formed around an open bluesy, metallic guitar tuning with the tune opening with its chorus, “Fat Bottomed Girls” was one of the few Queen songs played in an alternative guitar tuning, played in drop D tuning.

The final chorus is when it really gets good, Ronnie Van Zant’s voice coming through loud and clear with the classic “Sweet Home Alabama” chorus and tag teaming with Queen’s “Are you gonna take me home tonight?” for an explosive finish that puts a gorgeous little bow on a “collaboration” we never knew we needed.

Check it out in the audio below, and enjoy!