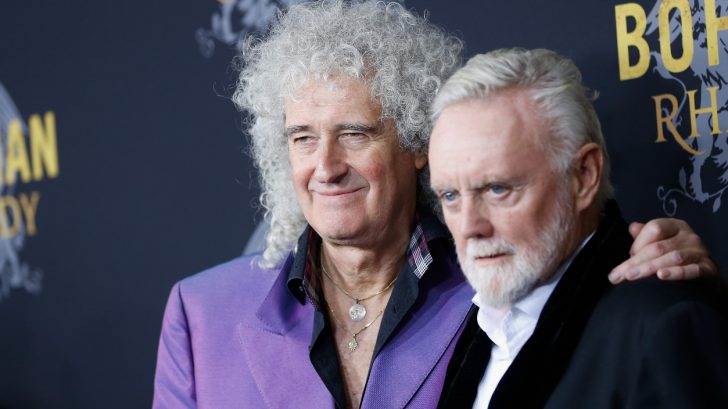 If you haven’t already done so, I highly recommend that you go and see ‘Bohemian Rhapsody’ while it’s still in theaters. The film is a beautifully created masterpiece that has the approval of Brian May and Roger Taylor and Rami Malek’s portrayal of Freddie Mercury will make you smile and cry all at the same time. The movie is simply amazing, so go see it.

However, according to Brian, the movie could’ve been an absolute disaster, and only one person would’ve been to blame. That person being Sacha Baron Cohen.

For those unaware, Sacha was originally slated to portray Freddie Mercury and direct the biopic himself. Sacha promised a more in-depth look into the personal life Freddie vowing not to shy away from anything. The members of Queen eventually severed ties with Sacha upon disagreements of how far this film should go into Freddie’s past.

During a recent interview with Classic Rock magazine, Brian May talked about a great many things, one of them being how working with Sacha could’ve resulted in ‘disaster’. Here is what he had to say…

“Well, that was a near-disaster. I think we realized just in time what a disaster that was going to be. And it actually wasn’t rocket science to figure that out. But yeah, that’s one of the rocks that we nearly hit. I think we were all nervous in the beginning, when the casting process was going on. Because yes, that’s a real tough thing to contemplate – somebody playing the part of you.”

Freddie Mercury. Arguably the greatest rock vocalist to come from the UK. His legacy will be around forever. #freddiemercury #classicrock

Even a month after the film’s release, the topic of who should’ve portrayed Freddie Mercury and who should’ve made the film is still highly debated. While no one can really argue that Rami’s portrayal was on point, die hard fans of Queen would still rather have had Sacha made his version of the movie.

Where do you stand on this? Do you think ‘Bohemian Rhapsody’ was done perfectly or would you still want to at some point see Sacha make his version of the movie? Let us know in the comment section!