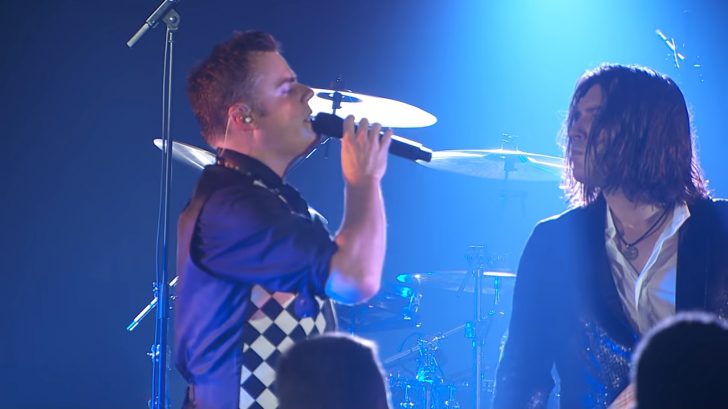 Man! Can’t Get Enough Of These Guys!

Well, we are all hungry for more Queen, and it seems that way. With all the things going on right now, the upcoming Bohemian Rhapsody biopic movie, and the recent worldwide tour of Queen with Adam Lambert — and the UK tour was certainly their recent best fastest selling show — we need to see more, and experience the greatness! Fans of Queen’s music are very thrilled right now, to learn that there are people out there keeping the Queen’s legacy alive, and giving us a chance to hear Queen’s greatest hits even live!

The Queen Extravaganza, the “official” tribute band, (it’s the real thing) created by Roger Taylor and Brian May, just gave another extraordinary cover of Under Pressure (Live at Montreux 2016). You can check the video below.

The cover follows the band’s 2015 and 2016 sold out UK tours which celebrated the 40th anniversary of Queen’s iconic album, ‘A Night At The Opera’.

Roger Taylor himself describe the tribute as ‘a rock celebration in the Royal tradition’ and essentially created to enable the fans to celebrate the music of Queen, and bring the music into the new generation. The Queen Extravaganza will be having their sixteen shows across England and Scotland that will start at the end of October 2018 in Edinburgh and also with the tour winding up in London on November 22.

The Extravangaza 2018 tour will be called as the ‘Queen’s Greatest Hits Tour’ that will deliver a promising performance of all the hits any Queen fan could ever wish for and definitely want to hear. You can name it all — “Bohemian Rhapsody,” “Another One Bites the Dust,” “Crazy Little Thing Called Love,” “Under Pressure,” “We Will Rock You/We Are the Champions,” “A Kind of Magic,” “Radio Ga Ga” and “Killer Queen” — these are just a few of them — I am pretty they will give us more, and present an excellent performance. There’s no doubting the Queen Extravaganza, because for one thing they are hand picked none other than by Roger Taylor, and Brian May themselves, if they say they are some of today’s finest musicians, then we got to believe them.

“These guys are incredibly talented, with their scintillatingly perfect recreation of our songs” – Roger Taylor.

What you’re about to watch is another extraordinary cover of Under Pressure by an Extravagant tribute band of legendary rock band Queen.

Note: Close your eyes while listening to the music for a better experience.