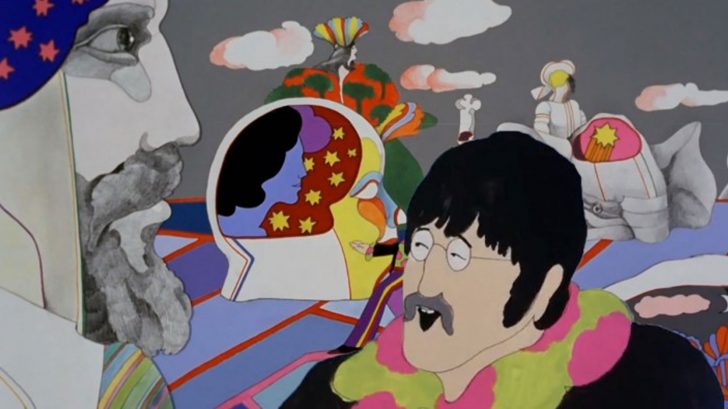 It All Began With Julian Lennon…

Inspired by a drawing done of a classmate by his son Julian, John Lennon penned the psychedelic star of The Beatles’ iconic album Sgt. Pepper’s Lonely Hearts Club Band ‘Lucy In The Sky With Diamonds’ in 1967. It’s a tune that endures to this very day, immediately calling to mind an image of everything from Alice In Wonderland to a little girl dancing in a sky of diamonds, and it’s one that we have great affection for!

Lucy was a classmate of Julian Lennon’s that as a child, he had great affection for. He drew a picture of her in the sky with diamonds, and upon showing it to his father spoke those very words: “It’s Lucy in the sky – with diamonds!”

I love this song because it’s very childlike in its innocence; yes, it can most certainly be taken as a reference to LSD which John was fond of using, but there’s something magical about the way a child’s mind works that makes ‘Lucy In The Sky With Diamonds’ a little more sentimental than mere drug use!

We wonder if Lucy ever knew about Julian’s crush on her?