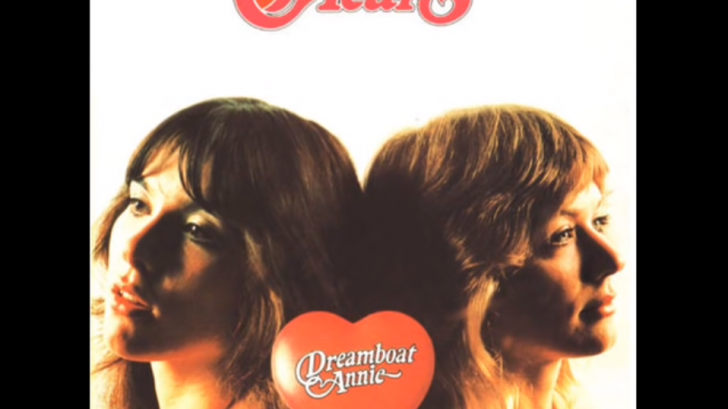 Heart’s debut album Dreamboat Annie was released in mid-1975. The album was recorded in Vancouver, British Columbia when the band was based at the time in Canada under their local label Mushroom Records. Here at I Love Classic Rock we pick the 5 best songs from Heart’s Dreamboat Annie:

Ann Wilson proved in this song that she is an illegal weapon for any song — while Nancy showcased the best intro, it’s like a fusion of Led Zeppelin and the Yes band. Two of the sexiest ladies ever to grace rock n’ roll — and they made such a classic song, Crazy On You.

With this song, they showed how Led Zeppelin influenced them. No other female-led band came as close as Led Zeppelin’s dynamic like the sisters did. Magic Man’s lyrics are somewhat tough and at the same time, tender.

The title track of the album, Dreamboat Annie was a game-changer. One of the few female-led bands, Nancy and Ann Wilson doing what Led Zeppelin can do. The only problem that I can see on this song is that it is too short!

One of Heart’s most underrated song – and some would say that this one is better than “Alone.” If you are one of those who worshipped Heart, this one is surely the most memorable song for you.

This song by Heart came out of nowhere. They played the Mandolin and it’s very harmonious while the String section ties everything together. Heart created musical moments with this song!