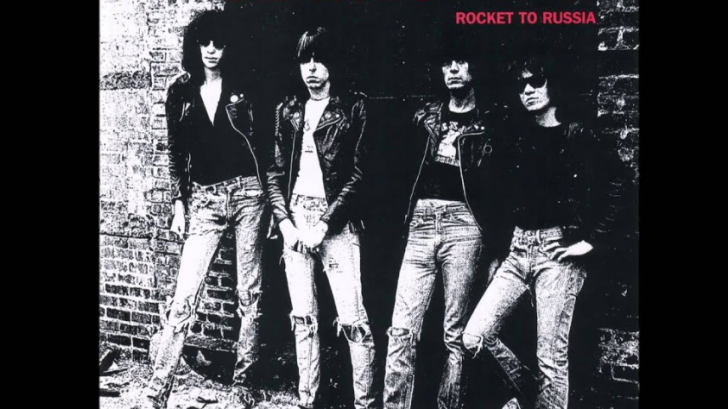 Rocket To Russia is the band’s third studio album which they released in 1977. The album was included in Rolling Stone’s “500 Greatest Albums of All Time” in 2012 ranking at number 106. In this album, the band’s delved into surf music contrary to their previous albums. Here at I Love Classic Rock, we pick the 5 best songs from ‘Rocket To Russia’ by Ramones

1. Sheena Is A Punk Rocker

It definitely sounds like the Beach Boys — but it rocks and this little gem is definitely a fan favorite. Sheena Is A Punk Rocker made the Ramones sounded like The Beach Boys little brothers who wanted to rock — punk rockers the snorkel.

2. Do You Wanna Dance

With this little song, they’ve saved rock n’ roll with just three little chords from catastrophe in the mid-70s’ — and some fan would definitely say that this is 1 billion times better than the Beach Boys version. Do you agree?

Half of the people who have listened to this song are about someone’s name being Ramona while the other half is about people that wanted to date a girl named Ramona. I know it doesn’t make sense, but the nasty mind I have heard “I think I’ll try and bone her.” Don’t believe me? Listen to the song below:

Can you picture the Ramones being on the beach? If so, they still be wearing torn jeans and leather jackets, but of course, with sunglasses. This song is just a proof that punk music is just surf music played at double speed Like Sid Vicious said, “Everything is bollocks apart from the Ramones.”

This album had a huge influence on a whole generation of kids back in the day, and they definitely are the most honest group in the history of rock n’ roll. And this song is somewhat you would want to play as your first song during a road trip.