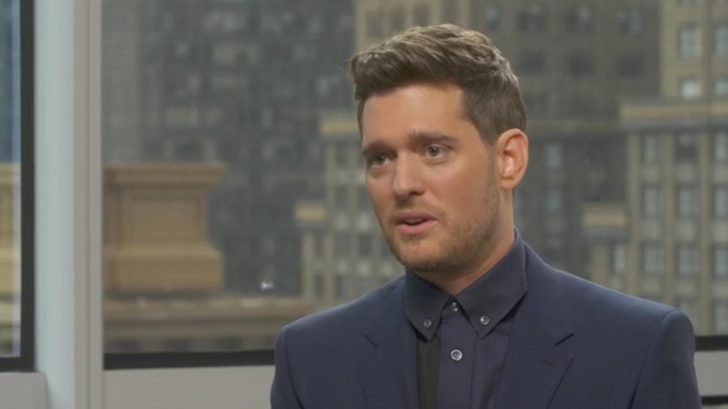 His top idol is Elvis Presley and the reason he adores him is that he never gave encores. He did not go back on stage and left the audience wanting more. “It involved a lot of self-control because the natural feeling is to go out and give everything you have. In this business, without any mystery, there is a lot of error,” reflected the Canadian.

If there is a word to define the work of Canadian singer Michael Bublé, it is called “love”. Proof of this is that during a period of his career, he left to help treat the cancer of his young son, Noah Bublé, who is currently doing well. With renewed energies and a heart full of emotions, Michael Bublé returned to the studios to release his newest album “Love (2018)”.

This is the 10th studio work and, as usual, brings all the romanticism of the artist. Frank Sinatra, Billie Holiday, and Elvis Presley are honored on the record. With a lot of joy and inspiration, Michael Bublé co-produced the new album in the guise of romantic music classics.

Starting with the delicate version of “When I Fall In Love”, by Frank Sinatra. The music was beautiful. “When I fall in love. It will be forever. Or I will never fall in love.” Then he brings “I Only Have Eyes on You” also by Sinatra and surprises with “Love You Anymore”, a song that was written by the multifaceted singer Charlie Put, one of the outstanding names of the song.

During an interview, Michael Buble Impressions Of Elvis, Sinatra, And Johnny Cash Were Spot On:

Upon watching Michael impersonate these famous artists the interviewer says,

“You have a reputation of being a very good mimic,”

Keep going below to see how comparable Michael sounds to these iconic musicians!