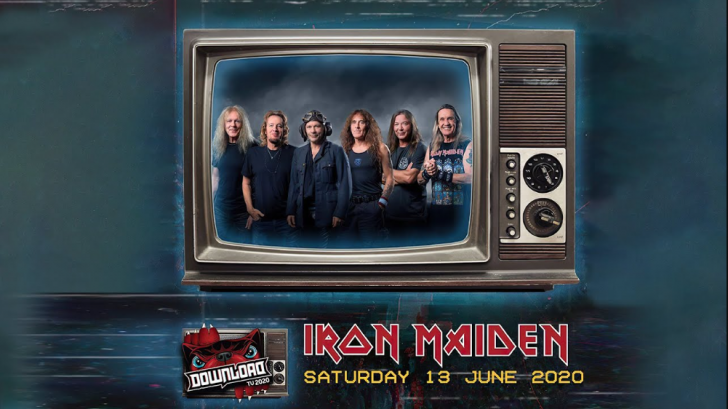 Iron Maiden headlined the live stream of an online 2020 version of the UK’s Download Festival on June 13.

The set featured the band’s previously-unseen footage from the vaults, such as tracks from their legendary appearances at the event from 2007, 2013, and 2016.

The virtual event is over 20 hours of program streaming in the weekends, it also featured footage headline sets by KISS and System Of A Down.

The organizers built the three-day online event in sync with their originally-scheduled annual weekend festival — which also originally set to see Iron Maiden to headline – but was canceled due to the global pandemic.

Iron Maiden recently postponed their full touring plans for this year, and have rescheduled the European tour to 2021.