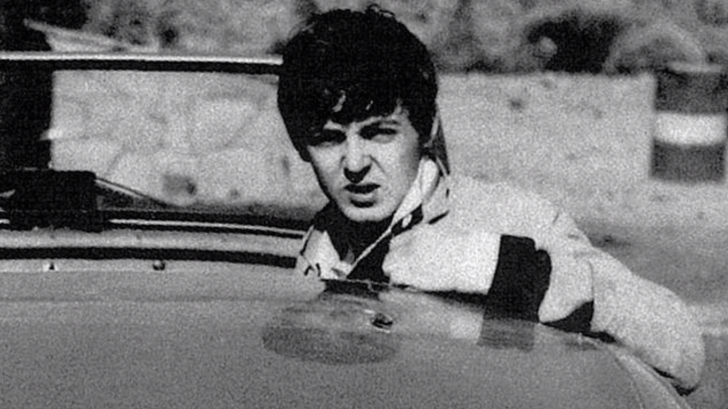 The old theory: Paul McCartney is dead, or so some fans believe: he died on the night of November 9, 1966, when he was just 20 years old. Since then the person we all know as McCartney would have been played by a man named William Campbell, who would have won a pageant to become a rock legend.

This urban legend began to gain momentum on October 12, 1969 – although a similar rumor had circulated in London since 1967, claiming that the musician had died on the M1 motorway on January 7 – when a listener called a Detroit radio, the WKNR-FM, to talk about it. For the next hour, host Russ Gibb and several guests discussed this theory.

Within two days, a student who had listened to the program wrote a satirical article in the Michigan Daily titled “McCartney is dead, new evidence comes to light.”

At a time when discussions about who had killed Kennedy just five years ago were a current issue, this new conspiracy became a snowball that leaped New York radios and survives to this day, a time when the Internet has given rise to pernicious tricks of conspiracy theories.

November 9, 1966, during the recording of one of the band’s most legendary albums, the Sgt. Pepper’s Lonely Hearts Club Band. After a heated discussion with the rest of the band, McCartney leaves the iconic Abbey Road studios, especially with John Lennon. It is then when he has the fatal accident in which he ended up beheaded, a lurid detail that will be important in the supposed evidence of all this myth.

According to this account, when hours later the rest of the group leaves the studio, they are approached by a black van driven by a certain Maxwell who identifies himself as an MI5 agent, who explains what happened and leads them to identify the body. It would not be exorbitant for the British counterintelligence service to engage in these tasks in the middle of the Cold War either.

Whether it was to save the world the pain of the loss of an icon, to avoid endangering its success, or simply as a joke, the rest of the band decided to silence this event. To do this, they trained an orphan from Edinburgh, the aforementioned William Campbell, to impersonate Paul.

However, the feeling of guilt for having started this great charade would cause the rest of the members to introduce cryptic messages in their songs and covers in tribute to the late Paul.

A conspiracy theory is not complete without a good amount of clues for everyone to get the secret. The former would be found on the very cover of Sgt. Pepper’s Lonely Hearts Club Band, whose recording would have been shaken by tragedy. Of course, the dates do not add up: the accident would have been on November 9 and the recording would not start until the 24.

The album cover is truly imaginative, and many noticed a flower arrangement at the bottom of the cover in the shape of a bass, an instrument that McCartney plays. It is indeed a tribute to a deceased: Stuart Sutcliffe, who was the fifth Beatle in the band’s early days, before leaving it to dedicate himself to painting and sculpture.

Sutcliffe was assaulted in 1961 and died of a stroke a year later, possibly in the aftermath of the brutal beating. McCartney and he were very close, and he insisted on including this tribute with the instrument he inherited from his friend.

Another cover on which clues have been seen is the no less iconic Abbey Road, in which McCartney is the only one who appears barefoot. The conspiranoids interpret this cover as a funeral: Lennon is the priest, Ringo Starr carries the coffin and Harrison is the undertaker.

Another “irrefutable” evidence is the cover of Yesterday & Today, which really is quite strange. A compilation released shortly after the alleged death; you might think the group was making fun of the theory, with pieces of meat and dismembered dolls, and a head perched on the legs of the ‘beheaded’ McCartney.

Also, the lyrics of the songs give, supposedly clues to the tragedy. For example, the stanza “Wednesday morning at five o’clock” by She’s Leaving Home would mark the time of death.

In Strawberry Fields Forever you can supposedly hear Lennon say “I buried Paul”, although he actually says “cranberry sauce”.

Hello, Goodbye would be a reference to Campbell’s arrival and McCartney’s farewell. These are just some examples of the clues that those who believe in this theory have found, who have even seen them in songs released before the supposed death like Yesterday.

The theory regained strength in 2009 when an alleged article by Wired Italia began to circulate (which, if it ever existed, cannot be found on the magazine’s website) in which two forensics, Gabriella Carlesi, and Francesco Gavazzeni, claimed that the shape of McCarney’s skull before and after 1967 were not the same.

If this theory were true, Campbell would have been a great substitute, achieving great solo success, much more than other members of the band such as George Harrison or Ringo Starr. Although, who knows, maybe that is also a conspiracy. Not in vain one of his great successes is “Live and Let Die.” It has all the earmarks of being a track.