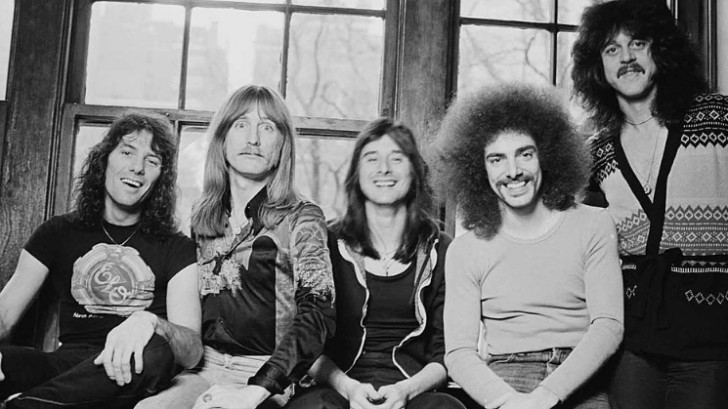 Beloved ex-Journey frontman Steve Perry can never dodge the question of whether or not he is joining the band again.

With recording his solo songs and preparing for the release and the possibility of a tour for his comeback album Traces, Steve Perry is a busy man. As reported by Blabbermouth,  Perry stopped by New York for an interview with 106.7 Lite FM and was asked if he’d ever return to the Journey again.

“No. I think that we’ve gone on our separate ways and we’re doing great,”. Perry answered  ‘Arnel [Pineda] is a great singer and he’s been in the band for 10 years. But yeah, I don’t think that’s where I’m at right now. It took forever for me to find the passion for music again because I felt it was kind of damaged. I thought I would never feel that love again for music, so I had to walk. Now that I’ve found that again, I have so many other songs ready to be recorded”, he shared.

What about a tour for Traces? Well looks like it’s in the works as Perry says,  “We’re talking about that. I mean, right now, we’re trying to do all the radio and talk to people like yourself and talk about where I’ve been and emotionally what the songs are about and all that.”

To finally put a lid on it,  Journey guitarist Neal Schon told fans who are still asking for a reunion with Perry to “give it a rest”.