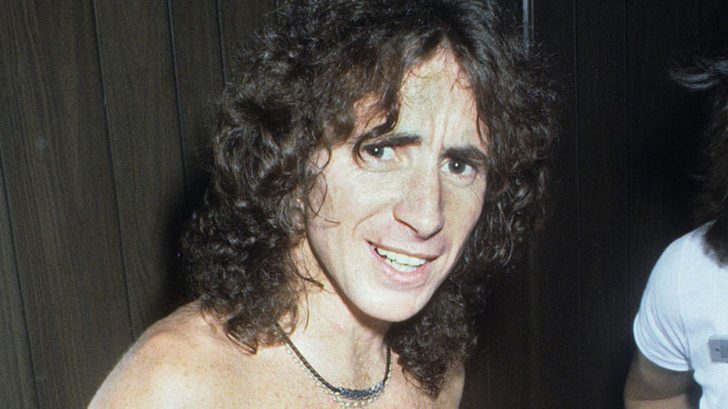 A Stunning Truth Is Revealed…

Jesse Fink, author of many critically acclaimed works such as ‘The Youngs: The Brothers Who Built AC/DC’ and ’15 Days in June: How Australia Became a Football Nation’ has just released his latest book ‘Bon: The Last Highway: The Untold Story of Bon Scott and AC/DC’s Back in Black’. This book goes into great detail about Bon Scott’s days with AC/DC and even goes as far as to challenge the facts of his sudden death in 1980.

The book really leaves no stone unturned and challenges just about every aspect of the history between Bon and the band as we know it. In fact, Fink recently spoke with Ultimate Classic Rock to elaborate on some of the more controversial topics of the book. One of the things he was asked about was when Bon was contemplating leaving the band and whether or not the band would’ve tried to get him back in the band or not. Here is what he had to say.

“I think he was serious, but I think that phone call to Roy, he was at a very low point, he was obviously depressed, he’d had enough. The thing with Bon which comes through in the book, he was different things to different people and he said different things to different people. What he said to Roy was obviously something he felt he could share with someone who was a friend, but Vince Lovegrove, who was Bon’s bandmate in the Valentines many years before said a similar thing about Bon years ago, just before [Lovegrove] died, that Bon had wanted to quit AC/DC. Roy’s story in the book kind of corroborates that. The issue is what kept him going, and it was probably really just the money; he knew that he’d worked so hard to get to that point and the big payday was around the corner. It was just a matter of him holding on.”

“The impression that I got talking to various people was that what really mattered to the Youngs was just making it, and they’re fairly ruthless so I don’t think they had much sentiment for Bon. He was just another employee, just like Brian Johnson is just another employee. It’s just that after his death, Bon was kind of remade as this essential linchpin in everything they did, but ultimately I believe he was no different than any other member of the band whose name wasn’t “Young” – he was disposable and dispensable.”

To hear that Bon Scott was essentially a hired gun in the AC/DC machine is quite shocking. That being said, it’s important to keep in mind that this is the perspective and research of an author, not AC/DC themselves. To this day, Bon Scott is still one of the most cherished members of AC/DC’s history even 37 years after his death, and AC/DC, for lack of a better term, have acknowledged this. It’ll be interesting to see if Angus Young has any response to this statement or not.

You can purchase Jesse Fink’s new book by clicking here.