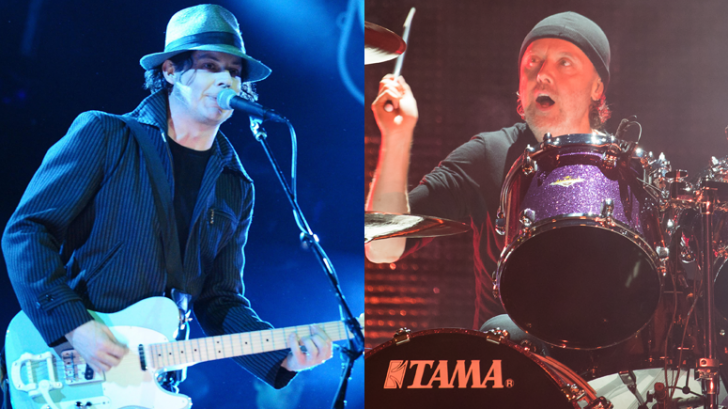 The Answer To The “Full Experience” Concert!

Recently, Jack White explained his reason for wanting fans to prevent using their cellphones during his concerts.

If you’re one of those who will be attending his upcoming tour, expect your phones to be locked up in a pouch, which they hold, and you can only access your phone if you go outside the venue. In Jack White’s recent interview with Metallica drummer Lars Ulrich “It’s Electric!” radio show, he contrasted his performances to the likes of those stand-up entertainers who require a completely mindful crowd to give them the input they have to perform.

“I don’t have a set list, I really react to the crowd, just like a stand-up comedian would,” White said. “They tell a couple of jokes and they hear crickets, they know, ‘Okay, those Donald Trump jokes aren’t working for this crowd, I gotta switch over to this kind of material. … That’s how I work with no set list. If I finish a song, ta-daah, and it’s crickets, I don’t know what to do now. Am I supposed to play a heavier song, a faster song? Do you want me to play acoustic? Do you want me to leave? … But what I don’t like is, ‘Is that how they really feel, or are they just not even paying attention because they’re not engaged, because they’re texting?”

White reviewed how Chris Rock needed to experiment with new material in front of an audience and how he required the gathering of people’s feedback. Be that as it may, he additionally didn’t need the performance to spill onto YouTube in light of the fact that it was exploratory.

“Locking your phones in a bag, and they hand you the bag,” White said. “You carry the bag with you … you just can’t access it. You want to access it, you just step out of the hall and unlock it and you can use it. I thought, ‘That’s brilliant.’ This is going to be the first major music tour to use this.”

He noted that essentially requesting that fans disregard their cellphones for awhile amid his shows didn’t work; he conceded he would think that its “exceptionally troublesome” to continue performing live if an answer or a solution wasn’t found.

“I love the idea of rock concerts being punk as hell and there’s no rules,” he said. “I don’t like the idea that I have no idea what to play next. I need that.”

“It’s hard to believe that anybody appreciates you, respects you and is a fan of you would not 100 percent support this position,” Ulrich added.

You can check the interview in the video below.