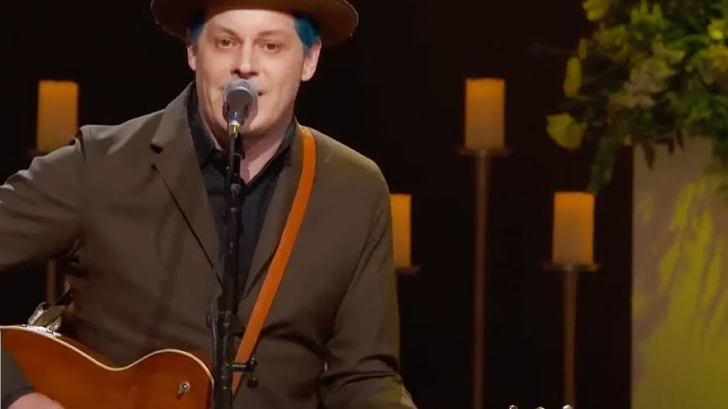 On Sunday evening (October 30), Jack White gave a special performance at a Loretta Lynn memorial concert, performing a rendition of “Van Lear Rose,” one of her most well-known songs. The leader of the White Stripes wasn’t initially scheduled to perform at the memorial concert for Lynn, who passed away last month at the age of 90.

White nevertheless showed there to express his gratitude for an artist he had once referred to as his “mother figure” and “very good friend.” White performed the record’s title track, which he had actually produced and played guitar on, from Lynn’s 2004 album Van Lear Rose.

When word of Lynn’s passing spread, White posted a message on Instagram. He stated:

“I said when I was first asked about her what I thought, and I said years ago that I thought she was the greatest female singer-songwriter of the 20th century. I still believe that.”

“She was such an incredible presence and such a brilliant genius in ways that I think only people who got to work with her might know about,” White added. “What she did for feminism, women’s rights, in a time period and a genre of music that was the hardest to do it in is just outstanding and will live on for a long time.”

At the memorial concert, a number of other superstars sang heartfelt renditions of Lynn’s well-known country tunes. Margo Price, George Strait, Alan Jackson, Tanya Tucker, and Wynonna Judd were among them.