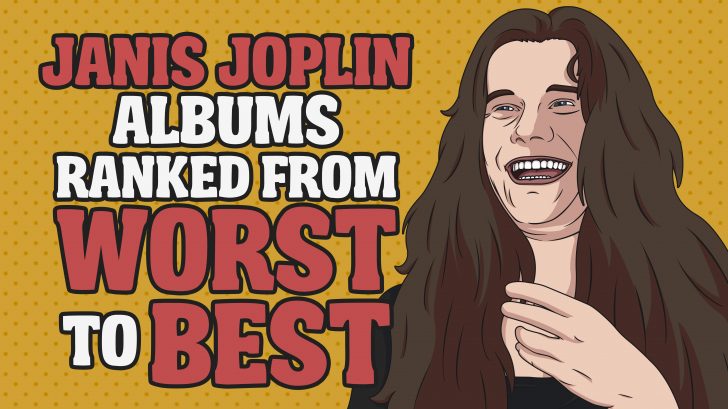 The Queen Of Rock

Janis Joplin was something else. When she sang, it always felt like she was reaching inside your chest to hold and squeeze your heart. She had that kind of rawness and vulnerability that made you feel things. Even when she wasn’t at her best, she remained peerless.

And even though she was gone way too soon, she left us with a rich catalogue of timeless music that is still as well-loved as the day they were released. Now we’re ranking five of her albums from worst to best.

There’s not enough energy here and everything seems loose and rushed.

It has most of her songs from her first two records with Big Brother and the Holding Company and the only difference is that some tracks run longer. That’s it.

This remains as one of her greatest musical achievements.

Her last album, released posthumously, was also her best. It was the record that did justice to her legendary wail.