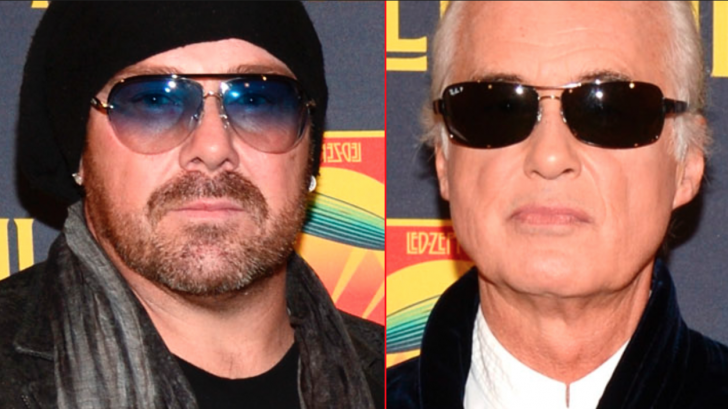 Jason Bonham has released an official statement regarding comments made about Led Zeppelin guitarist Jimmy Page earlier this month, offering a formal apology as well as a retraction of a previous story in which he claimed Page introduced him to cocaine as a teen.

“On or about 9 April 2019 I, Jason Bonham, gave an interview on radio with Howard Stern (the Interview). In that interview I made certain untrue and derogatory statements concerning Mr. James Page (aka Jimmy Page) of the legendary band Led Zeppelin.

I unconditionally retract all derogatory and defamatory comments relating to Mr. J Page that I made in that interview. In particular it is wholly untrue that Mr. J Page offered me any illegal substances either when I was a minor or at all.

Bonham, 52, was speaking with Howard Stern earlier this month when he revealed that “Jimmy was the first one to ever give [cocaine] to me,” reflecting on an incident that occurred he was only 16.

“I was 16 at this point, and there was a woman on the floor with a collar on, meowing, and he had this grinder thing … and he turned it over and he went, ‘Here you go,’ and I went, ‘Thanks.’ He’s like, ‘You’ve done this before, right?’ And I’m like, ‘Yeah, of course I have.’ So he handed it over and I just did all of it, and he went, ‘Just like your father – you know, that was supposed to be for all of us.’”

He has retracted the story as of this afternoon, offering up a heartfelt apology to Page and calling his statements “unfounded and untrue”. Additionally, Jason has promised to “make no further comments on the interview” or comments “which Mr. Page might view as disparaging,” citing his deep, abiding respect for the 75-year-old guitarist.

Wow! Here’s hoping that all is well between Jason and Jimmy and that Jason’s apology is the beginning of smoothing things over with the legend.