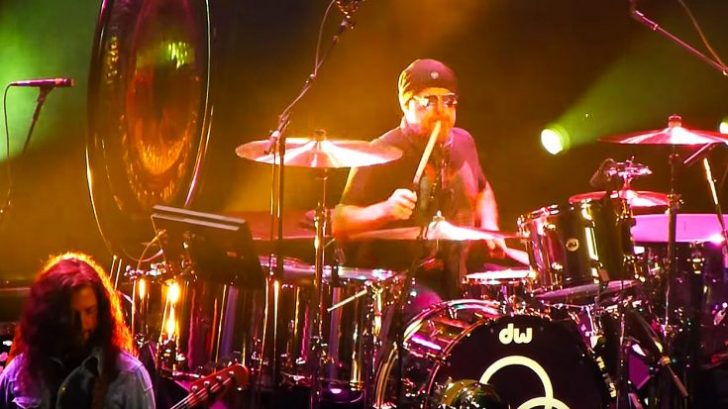 The Apple Doesn’t Fall Far From The Tree!

There really aren’t a whole lot of second-generation rock stars out there, but there are enough to carry on the legacies of their mothers/fathers. One such second-generation rock star that comes to mind is son of the legendary Led Zeppelin drummer John Bonham. His name is Jason Bonham. This man is the definition of the phrase “the apple doesn’t fall far from the tree”. John Bonham was one of the greatest and most influential rock drummers of all time. His son Jason Bonham is everything like his dad and has proven to also be one of the greatest drummers on the scene today.

Fun fact: During his teen years, Jason Bonham was an exceptional motorcyclist and even received an offer to go pro. After much deliberation, he decided he didn’t want to go pro, but rather follow his father’s legacy by becoming a drummer, and we’re sure glad he did!

John Bonham is pretty much irreplaceable, but many argue that very point, and their proof is unbeatable. What you’re about to watch is a video in which the aforementioned Jason Bonham takes to the stage with his band The Led Zeppelin Experience to perform “Good Times Bad Times”. To put it simply, this video proves that Jason Bonham is a carbon copy of his dad! Don’t believe me? See for yourself!