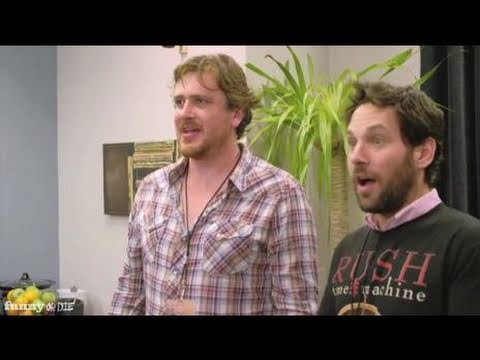 In 2008, the band appeared for the first time in more than three decades on American television. They were interviewed by Stephen Colbert on his famous late show, where he joked about their concept songs and claimed to the indifference of the Rock & Roll Hall of Fame for including the band in his select gallery.

That same year Rolling Stone magazine, the paradigm of the specialized media allergic to Rush, dedicated a report to them. In 2009 “I Love You, Man” was released, a silly comedy with Paul Rudd and Jason Segel, where a couple of guys share their fanaticism for Rush, while in June of that same year the band received its star on the Walk of Fame from Hollywood.

But the mainstream flirtation reached its climax in an episode of Funny or Die in February of 2011, when the trio’s reappeared, to meet Jason Segel and Paul Rudd again. The video doesn’t just work for followers, it engages as a tale about friendship and a sense of dream coming true.

“Seven females at a Rush concert, it must be some kind of a world record” – best line ever by Neil Peart.