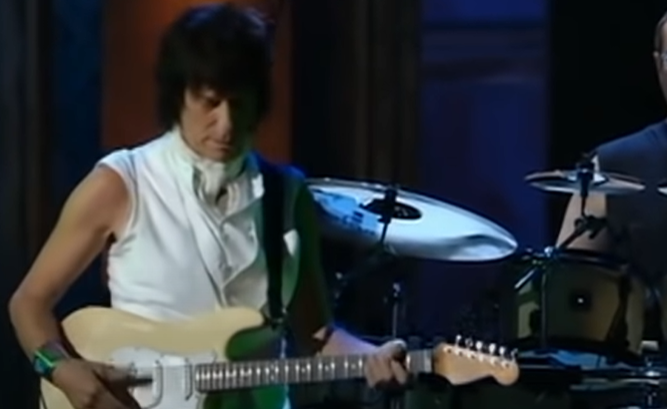 Jeff Beck is one of the most influential and charismatic guitarists. Pioneer and one of the great visionaries of rock music.

Although Beck has not reached the popularity of many of his colleagues, he is well known within the world of guitarists, being a legend almost unknown to the general public. Displaying his talent and virtuosity as a guitarist in genres such as Blues Rock, Rockabilly, Psychedelia, Heavy Metal, Jazz fusion, or even recently with Techno music.

Starting in the world of music with the band The Tridents. Allowing him to make friends with other musicians like Jimmy Page.

Jeff Beck during his more than 50-year career, never played it safe. Innovating, evolving, experimenting, and reinventing ourselves, to this day.

In 2009 Jeff was inducted into the Rock And Roll Hall Of Fame, presented by Jimmy Page. During his induction, he was joined by heavy guitarists to do a final jam.