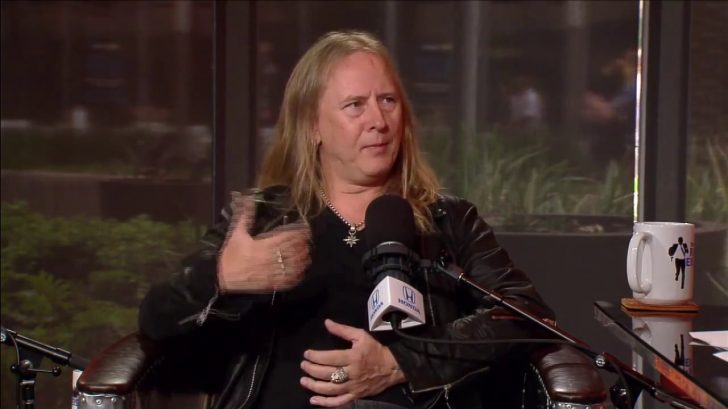 Jerry Cantrell is undoubtedly one of those characters who were born well ahead of his time, full of musical resources, he managed to form one of the most important bands of the late 80s, he was the composer of almost all the music of Alice in Chains.

Jerry Cantrell stood out for giving a dark sound to Grunge music, of all the guitarists of the time he was without a doubt the best, always using a very advanced harmonic and rhythmic language for his contemporaries, with this he achieved the characteristic sound of his band.

Alice in Chains’ Jerry Cantrell remembers the moment when he gave a demo tape to Axl Rose, who then threw the tape away. In the video below, Cantrell was giving the speech to honor Guns N’ Roses’ guitarist Slash at the Sunset Strip Music Festival on August 26, 2010.

“When we were actually getting Alice in Chains together, I actually went and saw Guns N’ Roses at the Seattle Center, and I brought a demo tape down to give the band,” he said. “I met Axl after the show actually, I gave it to him, and as he was walking away I saw him throw it away.”

And after telling the story, Cantrell being Cantrell, he could have said Axl was arrogant, but still, he didn’t bad mouth him despite the fact Axl was rude to him for no particular reason.

Watch the entire speech below: