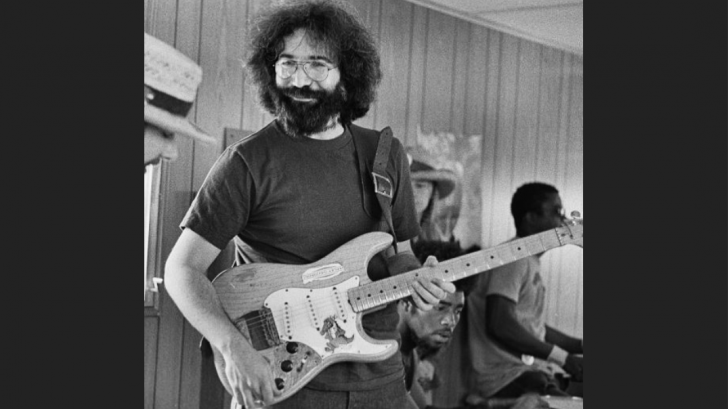 In 2017, Jerry Garcia’s custom ‘Wolf’ was also sold at auction for $1.9 million. Now, one of his custom guitars will be sold, the famed ‘Alligator’ electric guitar.

Bonham’s Alligator!: A San Francisco Rock Star’s Guitars, Art & More Auction will be held on December 10 in Los Angeles and Garcia’s guitar will be the headline item for the said event.

The modded Fender Stratocaster was built in 1955 as a gift to Garcia by his friend, Graham Nash in 1970. Since then, the Alligator became Garcia’s primary guitar between the years 1971 and 1973 and also been used on the Grateful Dead triple live album, Europe ’72.

The guitar features: swamp ash body, maple neck, natural finish, and several stickers on its body, including the dancing alligator holding a knife and fork that gave the guitar its nickname.

The guitar will be sold in a red plush-lined hard case which will also include a “Manny’s / Heavy” guitar pick, with a “Good Ol’ Grateful Dead” sticker to the outside.