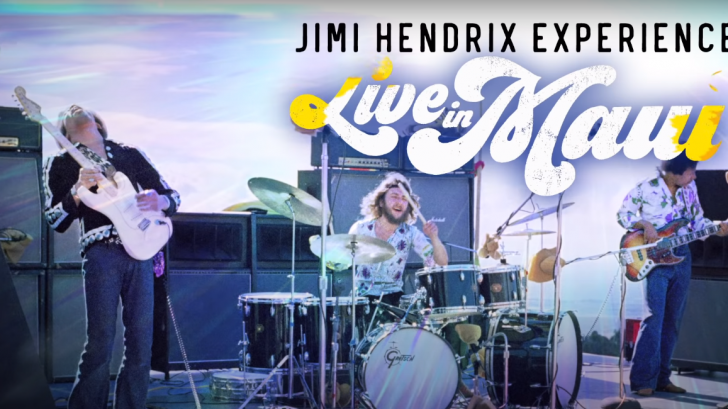 Experience Hendrix L.L.C. In association with Legacy Recordings, a division of Sony Music Entertainment, release the documentary “Music, Money, Madness… Jimi Hendrix In Maui” as well as the accompanying album Live In Maui on November 20.

The film chronicles the Jimi Hendrix Experience’s historic visit to Maui and how they got caught up with the ill-fated Rainbow Bridge film produced by their controversial manager Michael Jeffery. The Blu-ray will include the full documentary, as well as additional features with all existing 16mm color film shots from the two performances that afternoon mixed in stereo and 5.1 surround sound.

Included in the bundle will be Live In Maui, the two aforementioned 2-CD or 3-LP vinyl packs, recently restored and mixed by Jimi Hendrix engineer Eddie Kramer, and mastered by Bernie Grundman. “Foxey Lady” is the second preview of this historic concert that is available on all platforms; Those who pre-order the material will receive a digital download of that theme. Additionally, there will be various Maui merchandise designs and music packs available exclusively at the Authentic Hendrix store.

The documentary sets the proverbial stage for Live In Maui: the full two sets of the Jimi Hendrix Experience, including stunning performances from crowd favorites like “Foxey Lady,” “Purple Haze,” and “Voodoo Child (Slight Return),” as well. as well as the unreleased songs like “Dolly Dagger” and “Freedom” that showed the new direction Hendrix was moving in.