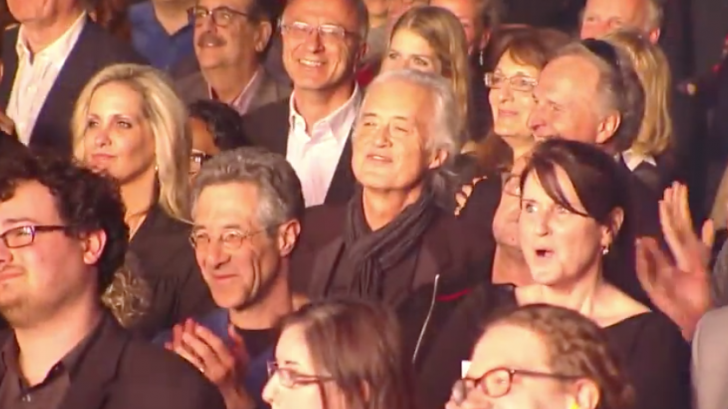 I’m Gonna Send You Back To Schoolin’

Back in 2014, Boston’s Berklee College of Music had invited Jimmy Page for several reasons. He was set to become an honorary graduate, deliver the key note speech, and attend the commencement concert. The show’s set list was all Led Zeppelin and Jimmy Page was smack dab in the middle of the audience. No pressure, right? The graduating class earned their moment with the rock god- completely!

It’s a huge feat to cover a Led Zeppelin song- but these graduates surely had the passion and education to take it on. Every person on stage had attended lengthy classes at Berklee to be able to perform such a technically stunning show. Of course, there’s lots of natural talent involved too.

Jimmy Page was 10 rows from the stage and was nothing but smiles. There was another reason to be excited too. Page had been doing lots of studying himself for the re-issue of Led Zeppelin tracks that came out in 2014. The remasters took lots of work on behalf of the guitarist. Berklee College recognized the tremendous work it took and awarded Page with an honorary degree.

Page did mention the work he put into the remastered “Whole Lotta Love,” saying, “It was quite a task to come up with companion discs for every album. But I think (the material) holds up really, really well. For example, ‘Whole Lotta Love,’ the one we all know on the second album, well, the one on the companion album is as relevant as the original.

About the performances Jimmy had said, “It was inspiring hearing everybody playing with such incredible quality. The key to Led Zeppelin is that somebody is always playing a counter point. You can hear that.”

You can listen to Jimmy Page’s entire key note speech HERE, and find out exactly what his advice to the graduating class was!