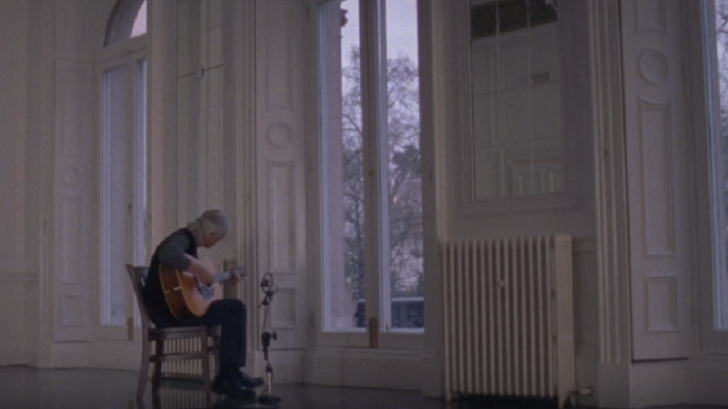 Two And A Half Minutes Of Pure Acoustic Goodness

Sometimes, all you need is Jimmy Page and his guitar. The two of them have made stellar, unforgettable music decade after decade. An outtake from the 2008 documentary “It Might Get Loud” shows the Led Zeppelin guitarist sitting in a large room and playing an instrumental. It doesn’t sound like much when you just read about it but knowing Jimmy Page, he never settles for anything less.

And perhaps one thing we like about this is how raw and pure the whole jamming session sounds. No theatrics, guitar showmanship or any other tricks – just a man playing his guitar and chilling.

“When you think what the guitar can do and what every individual player does with a guitar, everyone has their own identity coming through the guitar. And then to talk about exploration and what I’ve done, there’s so much that can be done on the guitar.” – Jimmy Page

He is considered as one of the greatest guitarists of all time for a reason. He doesn’t play to JUST PLAY. His fingers make the guitar sing. From the feel to the groove, there’s nothing quite like listening to him do his thing.

We’ve seen him go wild on stage and melt our faces off so it’s absolutely refreshing to see him sit down and go mellow.

“And that’s what is so good about the guitar—everyone can really enjoy themselves on it and have a good time, which is what it’s all about. Right?” – Jimmy Page

It’s perfectly imperfect. Even at his age today, he can still outshine every other young professional guitar player. That’s seriously something especially considering he is no longer at his prime. Because at the peak of his career, Jimmy Page was truly unstoppable. Well, he still actually is.